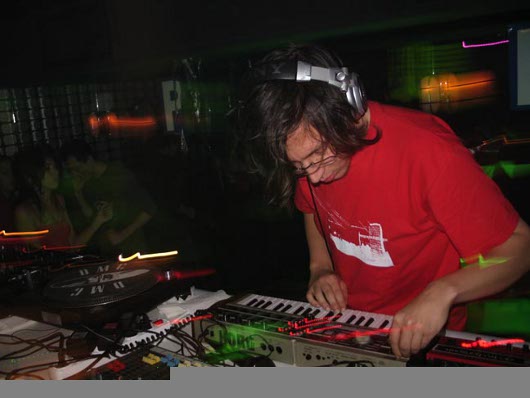 Dutch producer Danny Wolfers aka Legowelt has reissued a slew of out of stock oddities from his voluminous back catalgoue.

Perhaps most exciting is this week’s vinyl release of The Rise & Fall Of Manuel Noriega Pt 1 & 2 (gloriously described on the one sheet as “defeatistic electronic eurohorror”), which was previously only available on a limited edition CD via Legowelt’s own Strange Life Records. Both Parts 1 & 2 come in hand stamped sleeves, which should appease the vinyl fetishists among you.

Meanwhile the excellent Klaus Kinski 12″ received a repress on the Bunker imprint, thus making it available for the first time in five years, while the Tower Of The Gypsies, also repressed, had been out of stock for six years.

Based in the Dutch electro heartland of The Hague, Wolfer’s gritty analogue sound has surfaced on a raft of respected labels such as Bunker, Clone, Crème, and Ghostly. Long a name close to our hearts, we were pleased to secure a rare mix from Legowelt back in March – the download link has been archived but you can still stream the mix here. You can listen to clips of all the reissues below.