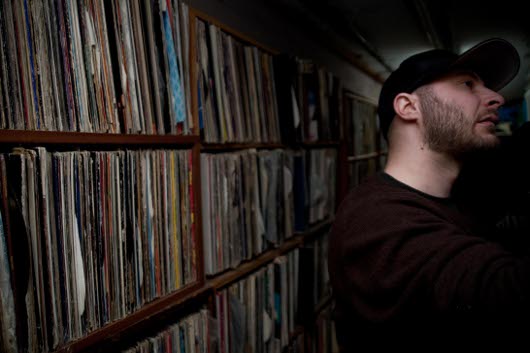 US producer Levon Vincent returns to the production fold this week, with the imminent release of the Man Or Mistress 12″ on his own Novel Sound imprint.

The three track EP is his first solo outing since 2009, a year in which certified dancefloor heat arrived in the shape of “Double Jointed Sex Freak”, “Solemn Days” and, how could we forget, “Late Night Jam”. As with all previous releases on Novel – and its sub-label Deconstruct – this will be a limited, vinyl only affair.

Vincent, an amiable character with an intricate knowledge of sound design, gave Juno Plus an insight into his production ethos in an interview conducted last year: “I want to have a career, not just be a passing flavor of the month. Longevity and relevance are things I consider when adapting to each new road,” he told us.

“(My next release is) likely to be perceived as subtle growth for the listener but huge for me. I have these sounds I developed over 20 years and I just keep polishing them, chipping away at my personal library.”

In the interview Vincent also joked that he was sitting on a track that would make people “shit themselves”. He could easily have been referring to any of the cuts on Man Or Mistress, although the scorched metallic thump of “Making Headway” and relentless hardcore flavour of the title track stand out.