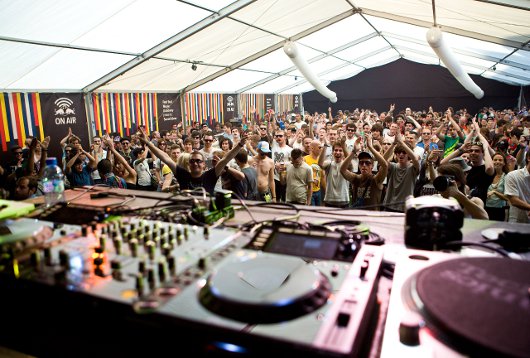 As June rolls around, labels, promoters, artists, journalists and the humble festival goer all rub hands in unison with the impending arrival of the Sonar weekend. Now in its 17th year, the electronic music festival has become an established highlight of the summer season, expanding into an elongated weekend of both official and unofficial parties. With that in mind, cast your eyes below for a run down on the parties before, during and after Sonar that you might just see the Juno Plus editorial team shaking a leg at.

Early bird arrivals looking to get settled in ahead of the festival would be advised to head for Moog, handily located just off Las Ramblas, with a double dose of excellence taking place on Wednesday, June 15. Fans of sun kissed Portuguese psychedelic disco will be delighted to hear that Gala Drop will be performing live at the club, which opens its doors at 9.30pm. Later that night the ever excellent Clone Records descend on Moog for their annual pre Sonar shindig which features live sets from both Dexter and Gerd along with stellar DJ support from Clone stalwart Serge.

Proceedings naturally step up a notch on Thursday with this year’s edition of the opening Sonar showcase sadly no longer featuring a performance from Steve Reich due to medical issues, though Spanish composer and pianist Carles Santos has stepped in to replace his celebrated contemporary. Outside of official proceedings, Resident Advisor pre-empt their tenth anniversary celebrations with a daytime event at Hotel Diagonal in the company of Cassy, Claude Von Stroke, Josh Wink and Space Dimension Controller. 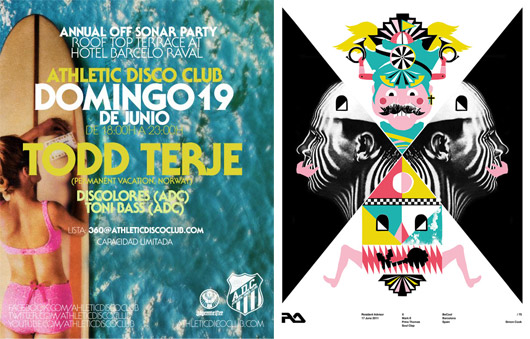 Later in the evening Aus and Hotflush team up and bring a hint of East London to Barca with a secret location party. Deadbeat will be performing live, whilst Will Saul, Appleblim, Sigha and Midland share the spinning duties (invite only business here – check out the RA page for a contact email address). Fans of the Seth Troxler fashion parade will be advised to head for the Visionquest vs Lola Ed party at the Mac Arena Mar beach club. If the sensation of sand between your toes is appealing we can also recommend the Highlife Off Sonar party with DJ sets from Alex Smoke and the Anglo-Scottish party crew Huntleys & Palmers at the Xirin Go! Beach Club.

On Friday, there is plenty to occupy yourself with at the Sonar by Day with performances from Four Tet, Agoria and Ghostpoet the pick of a decidedly experimental main stage area, whilst there is also a showcase from uber hyped label Tri Angle which features How To Dress Well and the ever excellently monikered oOoOO. Red Bull Music Academy have commandeered their own daytime space for the festival too and you can catch everyone from Zinc and Katy B to Teebs and Discodeine during the opening day.

Those attending the cavernous Sonar By Night venue later on Friday can look forward to being scared by Aphex Twin – perhaps pop over to check out Cut Copy or the Smalltown Supersound stage beforehand to lighten the mood. BBC Radio 1 will also host a stage with the two B’s – Katy and Benji – joined by Annie Mac, Pearson Sound, Toddla T and Redlight. As usual the party will last into the wee hours with Tiga and James Murphy both kicking off at 5.30am to a sea of gur- sorry, grinning faces. 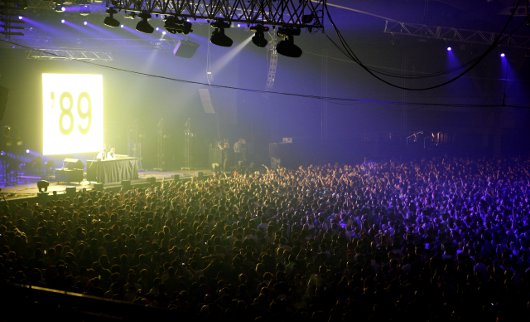 Those who don’t fancy heading into the festival proper are best advised to check out the Innervisions vs. Pampa tussle which features label dons Dixon and DJ Koze going toe to toe, with no less than four live performances (Henrik Schwarz, Ada, Ame and Die Vögel) and Axel Boman showcasing both his energetic DJing style and layered side parting.

If you feel that all these beach parties and rooftop hotels are turning you a bit soft, best bet is to head back to Moog for the Delsin showcase; Mike Dehnert, Delta Funktionen and Newworldaquariam will all be on hand to add some brutal machine funk. Rounding off the Friday festivities is the Kompakt showcase at Nitsa, with the always-worth-seeing Optimo booked to play alongside WhoMadeWho (live) and Mr Kompakt himself, Michael Mayer.

On Saturday, Sonar By Day boasts another diverse set with Actress, Shangaan Electro, Hype Williams and a live show from Apparat our picks of the mainstage action, while the Red Bull tent sees Juno Plus favourite Cosmin TRG alongside beatsmith Illum Sphere and filter disco dons Tiger & Woods, with the venerable DJing institution otherwise known as David Rodigan promising to keep shoes shuffling with his mix of reggae, dancehall and dub – proper sunshine business!

For our money Saturday’s Sonar By Night appears the better of the two evenings, with four excellent labels – Night Slugs, Numbers, Infine and Stroboscopic Artefacts – all showcasing their wares. The opportunity to witness Chris Cunningham’s extreme live show should not be turned down – the same goes for Shackleton. Silent Servant comes on at 5.45am – those in attendance when Sandwell District closed out the festival last year will know this is worth hanging around for! 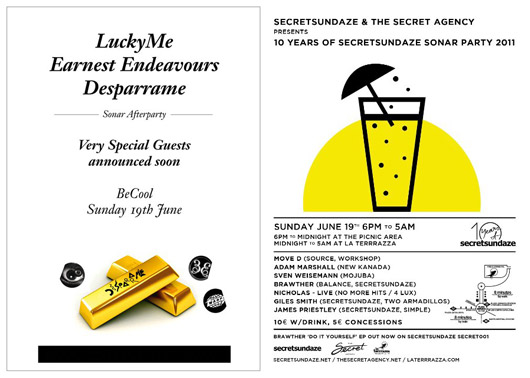 Resident Advisor meanwhile should draw a bumper crowd to the second of its X parties celebrating 10 years in existence, with the first taking place in London on June 11. Mark E, Prins Thomas and Soul Clap have all been billed to play alongside a mystery headliner – who will it be? With only three acts confirmed thus far across a two floor club, we’d suggest Mr/Mrs X will be given plenty of room to stretch their legs with an extended set.

Sunday is understandably a bit quieter on the party front, although we expect those still standing to drag themselves down to the Hotel Barcelo Raval rooftop for a Bloody Mary soundtracked by the selections of Todd Terje. The LuckyMe x Earnest Endeavours x Desparrame party at BeCool promises us “very special guests” and we have no reason to doubt them. Advance ticket buyers will be rewarded with a unreleased track from NYC’s Machinedrum – huzzah! Finally, Giles Smith and James Priestley’s annual excuse for a trip to Spain should not be missed either – they’ve roped in Move D, Brawther, Sven Weisemann, Nicholas and Adam Marshall to make the Secretsundaze party the perfect way to round off Sonar 2011.