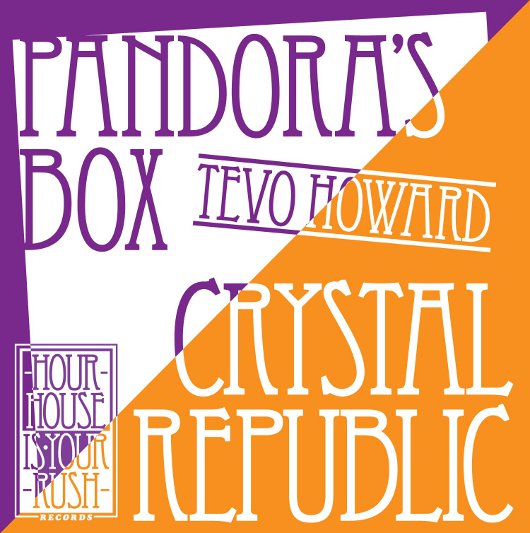 Rush Hour offshoot Hour House Is Your Rush have announced a forthcoming CD from Chicagoan Tevo Howard, with 2010’s Crystal Republic EP and the previously unreleased Pandora’s Box combined into one album.

Two other gems – 2009’s “Move” and the ocean deep “I Won’t Lay Back” which features Howard’s old man Rick on vocals – are also included to round off the 14 track selection.

Despite being in his mid 30s, Howard is a relative newcomer to the production game with his first ever release coming in 2008. Since then he’s seemingly been on a mission to make up for lost time, with a prolific release schedule that has seen 11 singles/EPs and one album – plus a clutch of remixes – hitting the shelves in just three years.

The Rush Hour bods tell us that the Crystal Republic tracks “show his emotional and raw warehouse side”, whereas on Pandora’s Box Tevo “experiments with different rhythms and textures, which results in a varied set of tracks, from classic Chicago acid house to more Italo leanings”.

Crystal Republic/Pandora’s Box will be released via Hour House Is Your Rush in mid June.