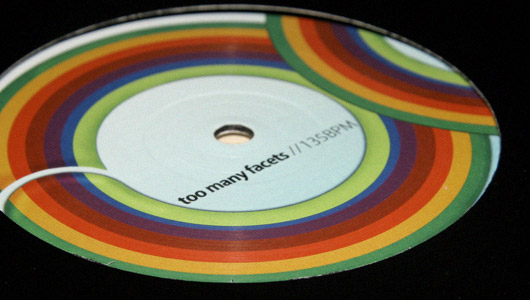 A busy week here in Juno land was soundtracked by a wonderfully exotic podcast from NYC duo Invisible Conga People.

Having made a triumphant return to the production fold recently with a killer EP on DFA, Justin and Eric celebrated with a 40 minute mix of ambient, early industrial and minimal from across the globe. It’s intensely relaxing and we suggest you check it out.

On the record front we were pleased to see Juno Plus fave Lone take a step forward and release the fledgling sounds of Neon Jung (pictured above) on his Magic Wire imprint. Veronica Vasicka fully demonstrated her enviable knowledge of all things Minimal Wave with a compilation that scoured the world for obscure synth based brilliance, while MW offshoot Cititrax was awoken from its slumber for something special. Working together with Ms Vasicka, South Florida electro punk icons Futurisk tasked four of their biggest fans with remixing their iconic track “Lonely Streets”.

Elsewhere Night Slugs dropped not one but two white label tings from Kingdom/Girl Unit and Egyptrixx, and there was also a brace of excellent releases from Numbers, with Deadboy returning to the imprint after dropping their first ever 12” in early 2010, while Lory D dropped some techno throbbers.

Victoria’s finest came together to launch the Melbourne Deepcast label, while Mark E’s album – which had until its release come with the official prefix “hotly anticipated” – hit the shelves, showcasing the UK producer’s move away from the edits game into original composition. Now, everybody knows that when it comes to contemporary Balearica, nobody does it quite as well as Paul ‘Mudd’ Murphy’s Claremont 56 label, and the debut LP from Almunia – Leonardo Ceccanto and Gianluca Salvadori – was a great example. Hand numbered, gatefold sleeve, limited business…essential.

Meanwhile the third excursion into raw analogue warehouse tackle from the Jam Factory dudes saw a departure from the JF template. Firstly, it featured a full vocal turn, courtesy of punk-funk icon Mattie Safer (formerly of The Rapture). More importantly, there was a shift in ambition, with this the first of two twelve inches based around “One Night Stand”. We’ve been big fans of the previous Jam Factory twelves – and you should too – and this new one maintains the heat.

Those who like a bit of melody with their doof doof should look no further than the enchanting Bocca Grande 12″ on Rebirth, while DJ Koze’s Pampa Records presented Robag Wruhme’s long player Thora Vukk. Created in six months and riddled with field recordings that range from his own drunken vocals to the sound of summer rain, slamming drawers and even his nostrils whistling unintentionally, Thora Vukk is not what you’d expect from the ex Whighnomy Brother and techno-fuelled party animal, but we loved it. Rounding off a bumper week was the latest Objekt 12″, new heat on 50 Weapons, Sigha’s debut for Blueprint, two new Sandwell District 12″s and some bum wiggling electro from Dexter…phew!

Over at Juno Download, the utterly essential Hessle Audio compilation 116 & Rising hit the digital shelves, as did the excellent EP from dub techno producer Andy Stott. And to you and me Iceland may be known primarily for its air travel-disrupting volcanic ash and being the first European country to officially go bankrupt, but that hasn’t stopped Gus Gus from making one of their most diverse albums yet – check that one out here. CD-wise, both the Skudge and Surgeon albums came out this week, something that will no doubt please techno fans who can’t be bothered to get the 1210 out of the garage!