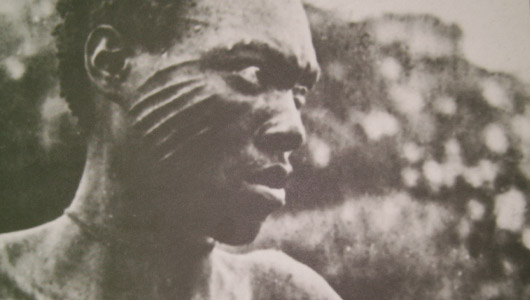 The walls of Juno Plus HQ shook to the sound of rumbling low frequencies this week, as a slew of bass-heavy releases from the likes of Andy Stott, MMM and Surgeon landed in our grateful laps.

Without doubt the highlight of these was Stott’s superlative 2 x 12″ EP for Modern Love (artwork pictured above), which channeled the sounds of Demdike Stare, Actress and all manner of post-dubstep into the realm of paranoid, downright menacing dub techno. Not far behind in the speaker cone rattling stakes was the latest sonic missive from MMM aka Errorsmith and Fiedel, who conjured up a worthy successor to last year’s “Nous Somme MMM”. It’s nigh on impossible to call which of “Dex” and “Rio” is the superior party jam – a sure sign of quality.

The ‘blink and you’ll miss it’ award for this week went to Blawan, whose secret weapon “Getting Me Down” hit the shelves and promptly disappeared. It was all one sided, hush hush business here thanks to the rather copious accapella usage of a famous 90s R&B singer’s debut hit. As with any Blawan production what really impressed was the drums, with fluid programming augmented by snappy percussive touches. Those who missed out this week fear not – we’re hoping to get a few more in stock soonish!

Eschewing the need to indulge in an extensive PR campaign, Surgeon aka Anthony Child announced his first album in 10 years with a short, unassuming post on his blog – and within 24 hours the techno world had been whipped up into a veritable froth of excitement. Breaking The Frame, released this week, is just as brilliant and unforgiving as you expect –  our pick of the bunch being the pummeling slab of concrete techno otherwise known as “RADIANCE”. More robust techno could be also found in the shape of simultaneous releases on sister labels Frozen Border and Horizontal Ground.

On a house tip, Hardrock Striker was at the reins for “Motorik Life”, the 21st Skylax release – and the label boss’s first twelve since 2009 – which will get plenty of attention thanks to the clutch of DJ Sprinkles remixes. Parisian label My Love Is Underground – with whom we partied hard with last Friday night – called on the services of Kool Vibe, a veteran DJ & clubber from Paris. Although now in his 40s, this was his debut release, but to hijack a well worn phrase, it’s been worth the wait. Our man Danny Wolfers returned to his brilliant Chicago Shags alias – this time gracing the excellent Crème JAK series with some sublime analogue manoeuvres.

In preparation for a much awaited debut album from Tiger & Woods, it seemed pertinent for Running Back to revisit where the phenomenon began in the shape of “Gin Nation”. The highlight of the duo’s Caddy Shag EP, which has long since sold out, “Gin Nation” remains as potent a dancefloor weapon now as it was upon release. Furthermore it’s been pressed up nice and loud at 45 rpm and spread across the A Side for full sonic boom potential.

Elsewhere, Legendary jazz composer Sun Ra was remixed by Detroit’s Mike Huckaby, Session Victim debuted on the Air London imprint with another slice of “suitably hard to nail down and give it a genre” electronic music, and Leipzig imprint Kann Records presented Family Horror, a sumptuous double twelve selection of tracks from label holders, close friends and beloved artists. There was even some ‘northern light-induced-clap-trap house’ (Teki Latex’s words, not ours) from Teeth featuring a FaltyDL remix and a SBTRKT album teaser.

Meanwhile over at Juno Download, we were delighted to see Mark E’s album for Spectral Sound hit the mp3 shelves, while Linkwood’s most incendiary release to date arrived on the world of the WAV via Trus’me’s Prime Numbers. Having impressed with a few sultry slo-mo re-edits and the odd well-received remix, Nicholas popped up on Gerd’s 4Lux label with a five-track EP of head-nodding house grooves. For those who missed the CD release last year, Rush Hour served up a digital collection of rare gems from Rick Wilhite, one of Detroit’s most respected purveyors of all things underground. The Godson & Soul Edge compilation showcases the material Wilhite released on Kenny Dixon Jr’s KDJ Records in the 90s – check it.

Also coming with the highly coveted Juno Plus Stamp Of Approval was the T Williams release on Local Action, which boasted a remix from Planet E stalwart Paul Woolford. Also worth checking is Woolford’s own release on NYC imprint Throne Of Blood under his new Ford Inc moniker. Well done Wooly!

Finally, those keen to add a CD-shaped piece of music to their collection this week should look no further than Jackmaster’s entry into the Fabriclive mix hall of fame, with a typically varied (and most importantly fun) selection that veered between Tommy Bangalter, Model 500, Anthony Shakir, Hudson Mohawke and Radiohead with effortless aplomb.