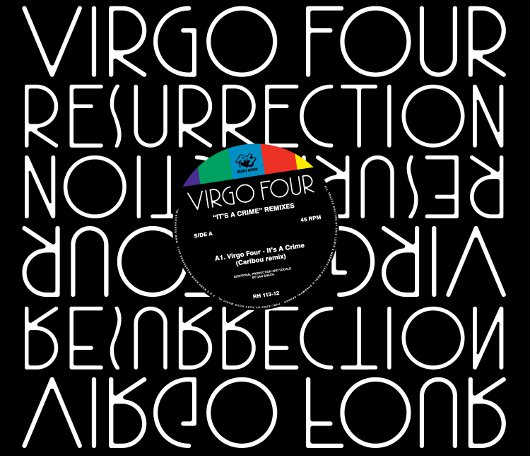 Caribou and Hunee have remixed legendary Chicago house duo Virgo Four, with an EP due out on Rush Hour next month.

Both producers have remixed “It’s A Crime”, a single plucked from the recent Virgo Four Resurrection compilation also released on the aforementioned Dutch imprint.

The Caribou version first appeared on Tom Trago’s XLR8R podcast a few weeks back, sparking much interest over at Juno Plus HQ, and today the news was confirmed by Rush Hour.

The release sees Dan Snaith – who has been donning his new Daphni alias for recent productions – returning to the Caribou moniker that exploded in 2010 thanks to the brilliant Swim long player. On his remix he adds his inimitable touch to the vocal line, with the sparse instrumentation of the opening section eventually replaced by a killer acid throb.

Berlin residing DJ/producer Hunee meanwhile goes deep on his refix, following up his recent effort for Ostgut Ton with aplomb. The original version of “It’s A Crime” is also included in the remix package.

It’s A Crime will be released on June 16 on vinyl and digital formats.