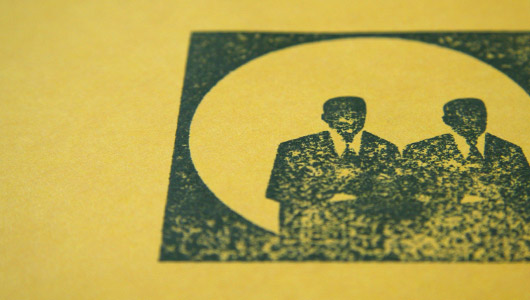 After last week’s three days in the office were soundtracked by a near constant techno throb, this week’s work was done to a fine and decidedly plump selection of house music.

Any week with a new Tevo Howard twelve is a good week, and the Beautiful Granville boss launched his new self titled label in the best way possible – with four tracks of drum heavy Chicago house brilliance! Equally high on the impress Juno Plus scale was Reggie Dokes return to the Clone fam, a dinky ten inch from Marcellus Pittman on the new Lifetime Groove label, Russ Yallop’s superlative twelve for Crosstown offshoot RebelLion, a third offering of classic house sounds on Basic Alliance from Brawther and the welcome sight of a new Future Times twelve from the distinctive musical brain of Maxmillion Dunbar. The idiosyncratic take on house music demonstrated on the latter was matched by the late arrival of the second Shaddock release – just check that remix from Kassem Mosse The Bosse.

We could go on about all the house music, but luckily for you there was plenty of other genre shaped heat that arrived this week – not least the latest twelve inch from Matias Aguayo’s Cómeme imprint which saw Diegors go solo and adopt his Diego Morales alias for four tracks of industrial tinged proto techno chaos. Unmistakably unique, it somehow matches the excellence of Cómeme’s recent brilliant Chilean Pop twelve! More excellent news arrived in the  shape of Clone revisiting their lesser spotted Crown Limited label – coaxing four tracks of astoundingly good Detroit electro funk out of the somewhat legendary Erik Travis. Those seeking more traditional techno sounds will no doubt find solace in the Ben Klock and DVS1 remixes of the Rejected classic “For The People” or perhaps the excellent Morphosis album which finally arrived in double vinyl edition. As we’re talking techno there’s space for a swift mention of the excellent feature with Skudge that we put up this week and can be read here.

The latest Cut Copy twelve provides a neat segue between techno and disco, with the thirteen minute Carl Craig revision of “Need You Know” being matched by the flipside effort from studio wizard Gavin Russom. Whilst we are discussing disco, special mention goes out to the Discodromo release that adorns the top of this page. Easily swiping the award for best packaging, the one sided twelve inch is housed in an oversize 12″ envelope and accompanied by a decidedly risque press release/manifesto and a big old slab of cardboard! Do also check Invisible Conga People channeling Screamadelica vibes on In A Hole – the finest DFA release in some time  – and the horizontal leanings of The Mythical Beasts on International Feel. Those craving some edit action should look to the latest Tribute release which contains a fine Rocco Raimundo / Greg Wilson tag team edit of The Mac.

Amidst all this it was something of a lean week for the many strands of music that surround the dubstep genre though the two releases that did arrive were both of the highest quality! Deep Medi Musik dropped a sumptuous double twelve pack of Silkie City Limits which got us all excited for the producer’s forthcoming City Limits Vol 2 album whilst Addison Groove added Martyn’s 3024 label to his CV with a double drop of 130bpm fuelled brilliance via “It’s Got Me” and “Minutes Of Funk”.

Over in the land of bit rates and encoded audio, Love Monk unveiled a packed long player from the German trio Space Ranger that even includes some previously unreleased remixes from the likes of Ajello, Rayko and The Revenge. Speaking of the latter, his 6th Borough Project collaboration with Craig Smith released the first of a series of digital tasters for their forthcoming debut album, with further disco centric action from In Flagranti with their second album proper and Al Kent’s superior Stilove4music drop.

The Ostgut Ton sampler for Prosumer’s excellent Panorama 03 mix should be of note for those of a housier persuasion – we can’t decide which is the best track out of the Hunee, Steffi and Soundstore arrangements on offer! Elsewhere Kompakt unveiled a sample of what to expect from the forthcoming album from the legendary John Tejada via “Unstable Condition” – one of the LA producer’s most memorable releases in recent years.

Anyone wanting a CD fix this week should check out the Hometaping Is Fun compilation which is fully stacked with new productions from the likes of Deep Space Orchestra, Andy Ash and OOFT or the tenth Body Language mix which sees Get Physical bosses M.A.N.D.Y. at the controls.