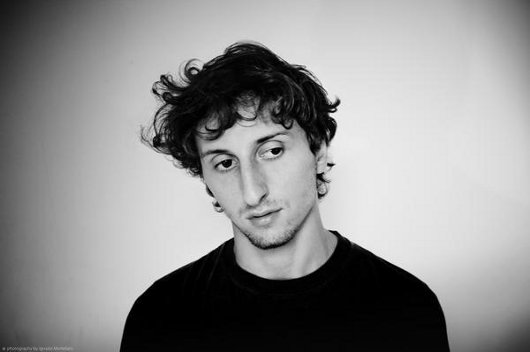 A host of new names were today added to the already bulging line-up for Sónar 2011, with LCD Soundsystem frontman James Murphy joined by the likes of Four Tet, Martyn and Lucy (pictured above).

In total 21 new acts were announced, with Dizzee Rascal booked for the second year running, while Ghostpoet and oOoOO are among the newer faces. Turbo boss and radio jock Tiga will close out proceedings at SonarLab on Friday night.

Perhaps most exciting, however, is the addition of a Stroboscopic Artefacts showcase. Label boss Lucy has already released one of this year’s finest LPs and the label’s brooding signature sound is easily one of the most exciting in contemporary techno. Lucy – real name Luca Mortellaro – will appear alongside fellow Italian producer Dadub.

Meanwhile having just completed a valedictory performance for his LCD Soundsystem project, James Murphy has been booked to play a DJ set, just like Sónar 2009 (although this time he’ll be appearing sans Pat Mahoney).

Several names were also announced for Sónar Galicia, which takes places simultaneously in the city of Coruna, including Rekids chief Radio Slave and rowdy Frenchmen Brodinski and DJ Mehdi.

For the second year running, Sónar will take simultaneously in its traditional home of Barcelona as well as Coruna. The Barcelona event take place June 16-18 while Sónar Galicia is scheduled for June 17-18. Tickets are available now via the Sónar website.