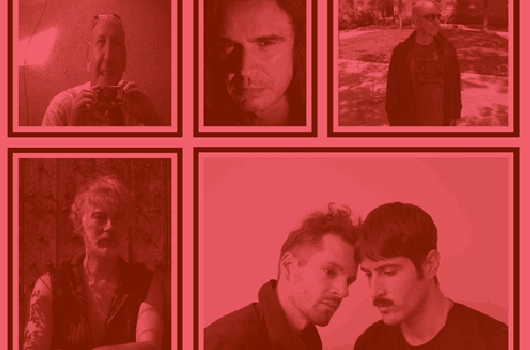 The RVNG INTL juggernaut of brilliant weirdness that is the FRKWYS series reaches its midway point with the focus squarely on the Brooklyn based purveyors of spaced out psychedelia and fine moustaches known as Mirror Mirror.

Very much in sync with the ethos of previous editions of the FRKWYS series, vol 5 sees RVNG call on a cast of 70s British post punk icons to daube their own sonic identity on the Mirror Mirror musical palette. Stuart Moxham of Young Marble Giants and The Gist and Alig Fodder of Family Fodder fame both tackle tracks from Mirror Mirror’s 2008 debut album The Society for the Advancement of Inflammatory Consciousness whilst Rico Conning of The Lines delivers a  remix of a track from Mirror Mirror’s forthcoming album.