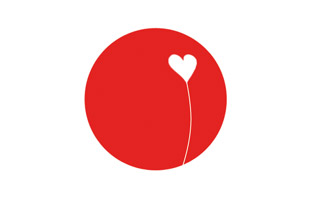 This week has seen an outpouring of support from the electronic music community as labels, artists, promoters and festival organisers do their bit to help rebuild a country devastated by natural disaster.

The gestures of goodwill kicked off with the announcement of the Red Dot Relief campaign, spearheaded by producer and serial good bloke Jay Haze, Damian Lazarus’ Crosstown Rebels imprint and the Visionquest bunch.

The campaign serves as a portal through which the electronic music community can channel money raised to Japanese organisation Peace Boat, which then goes directly towards helping the people afflicted by the recent earthquake that left more than half a million people homeless and up to 18,000 dead. The Japanese government has said it will cost as much as 25 trillion yen (£189bn) to rebuild the country after the disaster. For more information or to make a donation head over to the official Red Dot Relief homepage.

Today it emerged that Sonar will be donating 25 per cent of the money from tickets sold for Sónar Barcelona and Sónar Galicia between 23 March and 1 April to the Japanese Red Cross. Elsewhere, the London club night run by Dolan Bergin will donate its bar and door takings from the April 9 loft party featuring Session Victim and Jay Shepheard to the same organisation.

Juno Download is also involved with a few other charitable projects you should be aware of:

– All profits made on the Juno label in March will go to Save The Children. Check out the releases here.

– All profits on digital releases from Claremont 56 in March go towards the British Red Cross Japan Appeal. Check out their tunes here.

– All profits made on the digital release of Mushroom Project’s “For Japan” release will go to the UNICEF Japan Appeal. More on that here.

– Snuff Trax have delivered a bumper compilation featuring Legowelt, KiNK, Hard Ton and Laurent Garnier, bizarrely, in dubstep/D&B mash-up mode. All proceeds for this one go to the Japanese Red Cross. Listen to that here.