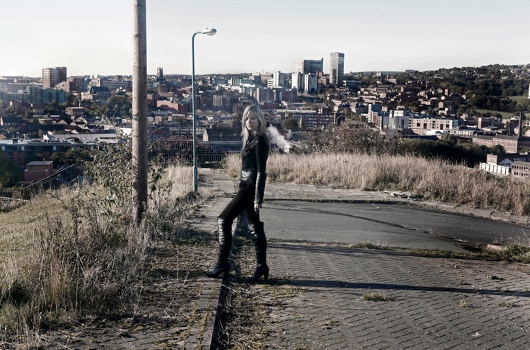 The surprise news comes some six months after Hobbs stepped down from her long running show on BBC Radio One where she secured her position as an influential figure for breaking new music – from the early days of big beat (remember Regular Fries?) to later focusing on the dubstep community. The move to Xfm sees Hobbs return to where her career as a broadcaster started, and comes at a time when her career is expanding far beyond the realms of radio journalism.  She recently curated the soundtrack for Darren Aronofsky’s critically lauded Black Swan as well as having involvement in this year’s Bloc Festival and is currently undergoing a US tour that includes a main stage DJ set at Coachella.

Naturally the powers that be at the station are delighted to have such a respected figure back on board, as Andy Ashton, Programme Director for Xfm explained: “We’re incredibly excited to welcome Mary Anne back to the Xfm family.  The new addition of such a high profile and credible music tastemaker will bolster our stellar team and signals great things ahead for our listeners who share Mary Anne’s energy and burning passion for trailblazing radio.”

Despite the fact that a weekly show from the Xfm studios in Manchester will clearly impinge on her recent passion for urban rambling, Hobbes was in typically effusive form when pressed on the news, revealing: “I’m thrilled that Xfm has given me the opportunity to deliver the music that I’m so passionate about, on a primetime Saturday night platform.  Every week I’ll be bringing future sounds and guest mixes from some of the most forward thinking artists on earth. It’s going to be a no holds barred blitz of new music personally selected by me with a focus on pushing the frontiers and breaking new boundaries.”

Hobbs is due to commence broadcasting weekly for the station from Saturday, July 9 and you can read a full statement from her regarding the news on her website.