Todd Terje to release Ragysh EP on Running Back 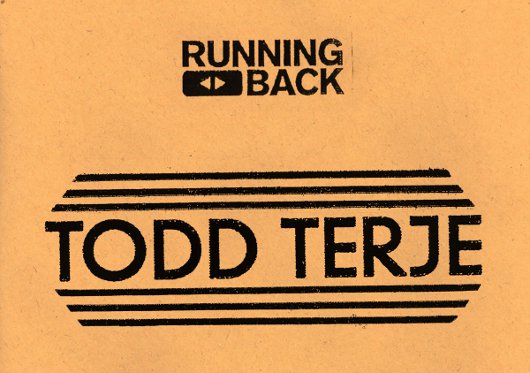 Gerd Janson has coaxed some rare original material out of Norwegian disco kingpin Todd Terje, with the Ragysh EP set for release on Running Back next month.

Previous releases from Terje have come on Bear Funk, Soul Jazz, Full Pupp and Permanent Vacation, although he’s more well known for his remixing and editing skills, with some supremely cheeky and deftly executed retweaks of everyone from Michael Jackson to Ace Of Base via Paul Simon.

The three tracks that appear on the EP (four if you indulge in the digital version) have a nice chuggy feel to them, particularity the sprawling title track which clocks in at just shy of nine minutes. However it’s the bleeping John Talabot-meets-Oni Ayhun melody of “Bonysh” on the flip that is pleasing Juno Plus ears most.

In a refreshing display of forthrightness, a short press release informs us that the “first edition comes in super nice recycling sleeves” while the second edition is packaged in “not so nice sleeves”. Better get in early then, huh.

The announcement ensures Janson’s fine year continues apace, with a couple of essential releases already in 2011, namely three slices of thumping warehouse tackle from Marco Passarani and an Ame a remix of 80s art funk oddity “Nature Makes A Mistake” by Son Of Sam. Add to this bounty the recently announced Tiger & Woods album – news of which we first broke back in February –  and it seems like Janson has his sights set on making 2011 a memorable year.

The vinyl is set for release on April 4. If you simply can’t wait that long, you can listen to brief soundclips via the Juno player below.