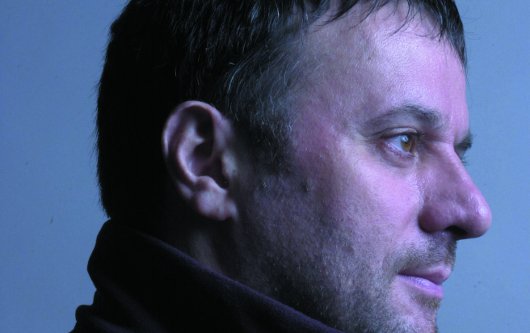 We’re pleased to announce that we are teaming up with Birdsong Music to bring legendary New York disco jock Francois Kevorkian to London for an intimate, one-off party.

The event will take place on Friday, April 8 in a private East London space replete with bespoke sound system.

The man known to the discotheque as Francois K will be playing all night long. His career to date spans three decades; from the early days hustling the nascent New York disco scene for gigs, when he drummed during Walter Gibbons DJ sets (an annoyed Gibbons would take to playing frenetic drum heavy tracks in an attempt to put the talented young Kevorkian off). From there he became a regular guest at Studio 54, The Paradise Garage, and David Mancuso’s Loft.

In the 80s Kevorkian returned alongside Danny Krivit and Joe Claussell as a member of the now legendary Body & Soul trio; the group’s Sunday parties at Club Vinyl are still reminisced over in glowing terms. Kevorkian’s current party, Deep Space, has been tipped as the heir to B&S’s legacy. Held each Monday at Cielo in New York’s Meatpacking District, the soiree drafts in an eclectic array of guests (Quiet Village, King Britt, DJ Spooky, to name but a few) and asks them to deliver sets that reflect Kevorkian’s passion for deepness. The six-years-and-counting party’s tagline says it all: “No dress code-just an open mind.”

We’ll be giving Kevorkian the keys to the dancefloor for the entire evening – expect this to be one of the most talked about parties of the year.

You can buy your tickets through Juno for £15.99 now – just click here. Your tickets will be sent in the post to the address specified the week before the event.