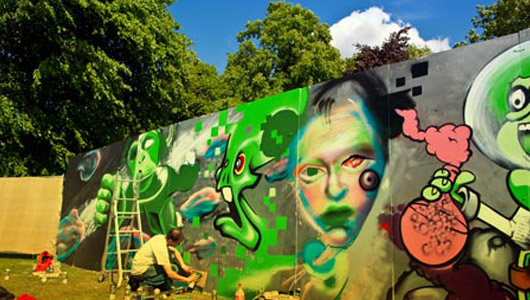 Moodymann, DJ Shadow and Space Dimension Controller are among the names set to appear at this year’s Parklife Weekender, due to take place in Manchester’s Platt Field this June.

The event, hosted by the team behind the hugely successful Warehouse Project, has been expanded to a two-day affair for its second year and features a line-up that covers a broad spectrum of electronic music, from drum and bass to dubstep, house, techno, electro and disco.

In addition to the aforementioned artists, the likes of popstep princess Katy B and serial festival act 2Many DJs will appear alongside Hyperdub boss Kode 9 and Visionquest supremo Seth Troxler. The final line-up will see more than 100 acts billed on seven stages at Platt Field.

Such is the amount of quality names strewn across the line-up, we’ll forgive the fact that both Mat(t)hew Dear and Moodyman(n)’s names have been misspelled on the flyer. The Saturday night headliner will be announced later this month.

More info on tickets, which currently cost £35 for a day pass, and the full line-up so far can be found over at the Parklife Weekender website. The festival will take place on the weekend of June 11-12, 2011.