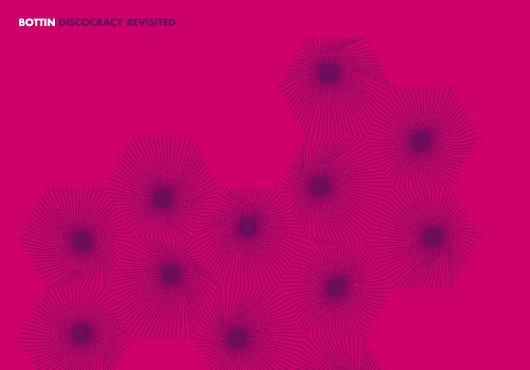 Following releases on Italians Do It Better (the still peerless “No Static”), Bear Funk and Nang, Bottin dropped two 12″s on Eskimo in 2010, namely “Galli/Piazza Venezia” and “Discocracy/August”.

The contents of said 12 inches have been pulled apart and reinterpreted by an interesting trio of producers, with Gomma boss Munk and Finnish duo Hannulelauri both remixing “Discocracy”.

Creme Organization-affiliated Bangkok Impact serves up two remixes of “August”, while Bottin rounds off the package with his own rework of “Discocracy”.

Bottin’s synth heavy take on 80s horror disco, borne from a youth spent exposed to old Italian Giallo soundtracks, has long had Juno Plus hacks in raptures. Based away from the disco hotbeds of London et al, his biggest troubles in life come from the dreaded pigeons in Venice’s venerable St. Mark’s square, who routinely threaten to derail his already fragile vintage synths.

Discocracy Revisited will be released on March 28 via Eskimo Recordings. Meanwhile check out the YouTibe clip for Hannulelauri’s remix below.