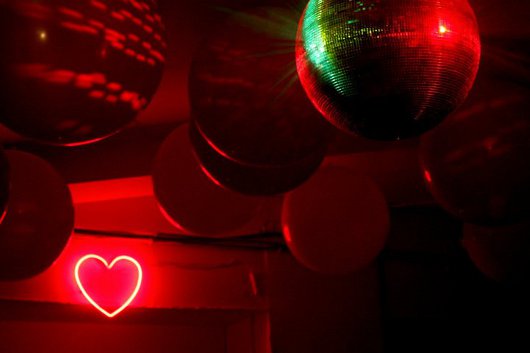 Love Fever, the London club night that treads the line between decadence and sleaze with effortless aplomb, has announced Terre Thaemlitz aka DJ Sprinkles as its next guest.

The Tokyo based house/ambient artist will headline the event on Saturday, April 2, which will be held in an undisclosed East London location.

The press release paints an appetising picture regarding the venue (“never used before for a disco, this photography studio and art gallery houses 400 people”), whilst the main guest needs no introduction; Sprinkles has developed a reputation as one of electronic music’s most revered artists.

As well as the darkly stunning 2009 album Midtown 120 Blues, Thaemlitz also releases sporadic slices of sumptuous deep house under the KSHE alias and in 2010 embarked on an ambitious 30 hour solo piano project – one for the external hard drive right there – which is due out this year on the Comatonse imprint.

As well as being a producer of considerable repute, Thaemlitz has long been outspoken on issues relating to gender, sexuality, class, ethnicity and race – check out this interview with Red Bull Music Academy from last year to get a better insight into this most fascinating character.

It will be Thaemlitz’s first London appearance since rocking the lobby after party at the Royal Festival Hall following Carl Craig and Moritz Von Oswald’s live techno/jazz performance at the venue last year.

Lover Fever regulars know the drill – the location will remain secret until the day of the party, with LF crew placing huge emphasis on making their events visually spectacular as well as aurally spot on. Details below.