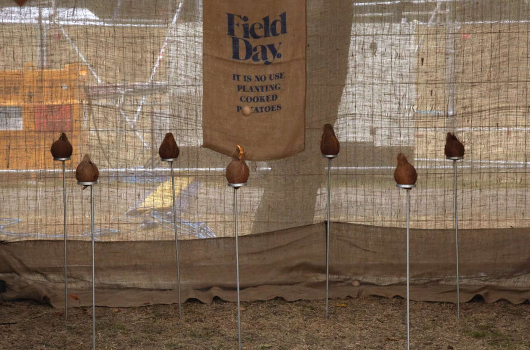 The organisers behind Field Day have announced the first details of the line up for this years edition of the East London festival with Actress, Matthew Dear and Pearson Sound amongst a raft of impressive and diverse acts.

Since it’s debut in 2005, Field Day has established itself as London’s premier boutique festival thanks to the forward thinking programming across the various stages, and despite the various issues that beset the first few events, last summer’s edition was perhaps their most successful to date – thanks in no small part to the rare attendance of some London sunshine.

Given the first round of names announced, the organisers look intent on ensuring this years edition is just as special. In addition to Actress, Dear and Pearson Sound, attendees can look forward to the likes of Roska, Oneohtrix Point Never, Mount Kimbie and Factory Floor at the one day festival.

Early bird tickets for the event are already available via the Field Day website and, naturally, more acts will be announced in the weeks leading up to the fesitval, which takes place in Victoria Park on Saturday August 6.

Field Day Line up so far