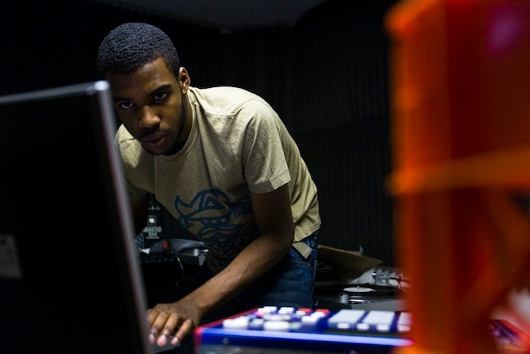 It’s fair to say Kyle Hall had an induction into house music that would be envied by most. Able to lean on family friend Raybone Jones for Djing lessons and guided through the basics of production techniques by Rick Wilhite and Mike Huckaby as a kid.

Even with all this musical heritage at his childhood fingertips, it’s been Hall’s inhernent creativity which has seen him excel in a short career to date that includes owning a record label, Wild Oats; gracing a multiplicity of imprints that include FXHE, Hyperdub, Rush Hour and Third Ear with stellar productions as well as delivering some superlative remixes for the likes of Space Dimension Controller, Jimmy Edgar and (our favourite) The Hundred In The Hands. Factor in the detail that Hall is yet to reach his twenties and it’s easy to see why he’s being feted as the figurehead of a new generation of Detroit’s musical heritage.

In a year when some interesting projects from the young producer are threatening to surface, now seems a perfect time to indulge in Kyle Hall’s abilities behind the decks, which comes courtesy of this broadcast from our friends at Red Bull Music Academy Radio. Recorded from the mixing desk at last October’s Movement festival in Torino, Italy, this hour long set finds Hall on fine form.