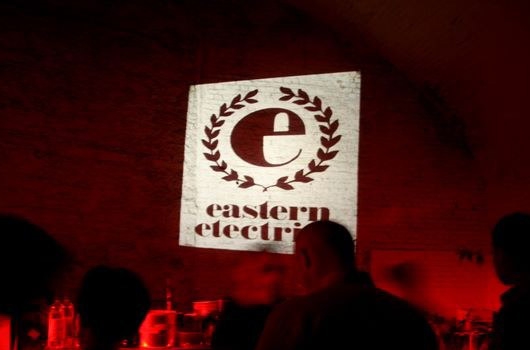 mulletover, Bloc and Deviation will curate the three rooms that make up the first Eastern Electrics soiree of 2011, with DJ Koze and James Holden amongst the first names to be confirmed for the event which takes place at the end of May.

The irregular Eastern Electrics parties have become the stuff of legend, with their last two events – a messy August bank holiday extravaganza and a sweaty NYE celebration – selling out weeks in advance. On the basis of their first line-up announcement, May’s party will surely follow suit.

DJ Koze has lately been focusing his energies on being a label boss, with his Pampa imprint responsible for a succession of excellent releases in recent months – not least the new album from Isoleee. Koze’s 4 hour set marks a rare appearance in the UK for the Hamburg resident and will surely be joined by artists of a similar calibre for full time hosts mulletover who will be celebrating their seventh birthday this year.

The organisers behind Bloc Festival are equally ambitious securing DJ sets from another two forward thinking individuals whose CVs span production, label owning, DJing and sharp haircuts and need little in the way of introduction: James Holden and Martyn.

Deviation step into the Eastern Electrics fold for the first time which is surely a sign of the good work  Benji B & co. has done since their humble begginings on a Wednesday night at Commercial St haunt Gramophone. They are clearly up to the task too, enlisting one third of DMZ (and boss of Swamp 81) Loefah alongside Rinse FM stalwart Braiden.

Further lineup announcements are due in the coming weeks ahead of the event which takes place at Suffolk Street Warehouse on Sunday May 29.