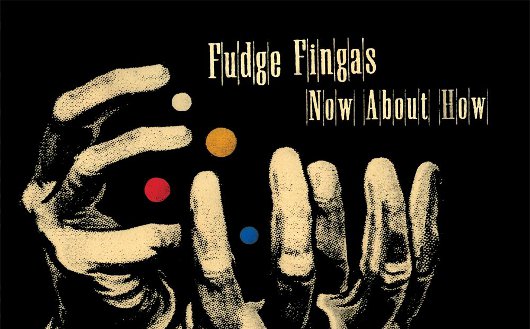 Edinburgh based producer Fudge Fingas aka Gavin Sutherland will release his debut album, entitled Now About How, in March.

The album will be released on Trus’me’s Prime Numbers imprint, which was responsible for issuing the sublime long player from fellow Firecracker alumni and whiskey connoisseur, Linkwood, in 2009 (on which Sutherland appeared as co-writer and Moog twinkler on a number of tracks).

The Fudge Fingas discography, which dates back almost a decade, is teasingly small, with only a sprinkling of 10″s and 12″s to his name. Preceding the album was the About Time EP, released on Prime Numbers last March. Two of those tracks – “Me & U” and “It’s About Time” – appear on Now About How.

A talented multi instrumentalist who purveys a style of deep house that is hard to pin down but very much his own, Fudge Fingas tracks are invariably emotive, impeccably produced affairs.

Now, for those of you who a) like what you’ve just read, and b) live within stumbling distance of London, we recommend you get along to the album launch party on February 4 at the Book Club. Alongside Gavin will be his Firecracker chum House Of Traps, plus Andy & Alex, the men behind London’s infamous Love Fever parties, and some joker from Juno Plus. Details here.