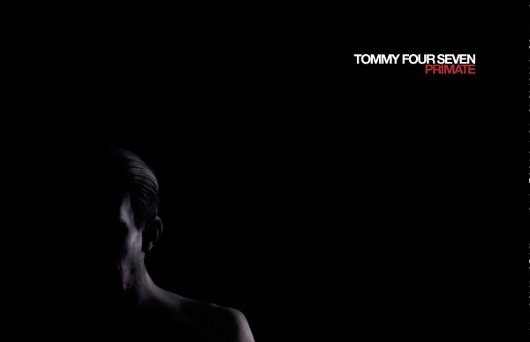 The British born, Berlin based producer, best known for his releases on CLR and Speedy J’s Electric Deluxe, eschewed standard techno instrumentation such as hi-hats, snares, shakers or claps when producing the album. Instead, field recordings were collected and manipulated to create the album’s rhythmic thrust, while vocal recordings were used in lieu of synthesizers.

The press release suggests the final result is “at the same time deep and hypnotic, driving and exhilarating, with downright unorthodox beat structures and sequences” – a description that has everyone here at Juno Plus salivating.

The young producer has excelled in the past 18 months, having been taken under the wing of Liebing, with several 12″s released on CLR as well as the collaborative Bauhaus project, which released a brace of apocalyptic tracks last year appropriately titled “Mallet” and “Sledge”. The CLR head honcho also applied some final production touches to the album.

Tommy’s early productions veered towards tech house before he found his niche with dark, pummeling techno. One of the first examples of this was a remix for London pop outfit Man Like Me, with Tommy transforming their well known single “London Town” from radio friendly singalong into a dark, brooding beast.