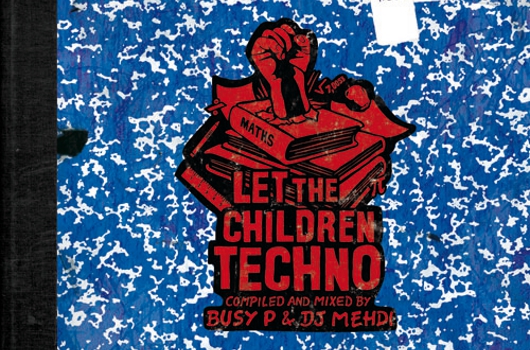 Ed Banger have unveiled the full details for their forthcoming compilation, Let The Children Techno, which features new and unreleased material from an array of musical talent as varied as Duke Dumont, Flying Lotus and Skream.

Compiled and mixed by label boss Pedro ‘Busy P’ Winter and long time Ed Banger artist – and quite the under rated producer – DJ Mehdi, the compilation seemingly straddles all corners of the electronic spectrum and could be seen as a mission statement from the Parisian label to attempt to reclaim some of their former 06-07 era glories after a comparatively quiet few years.

Fans of the label will no doubt be keen to hear new material from the likes of SebastiAn, Oizo and Mehdi though it’s the presence of  some much overdue original material from the man Duke Dumont alongside the likes of  Siriusmo and Fly Lo on a selection that according to Busy P veers between “down and up-tempo, love and dub-step, warm and cold-beats” makes this a most intriguing proposition.

As previously mentioned on Juno Plus, Busy P and Mehdi will be bringing the Let The Children Techno party to London venue XOYO early next month in conjunction with promoters Bang The Box before heading of on a short tour of France.

Let The Children Techno will be released by Ed Banger  on February 14.