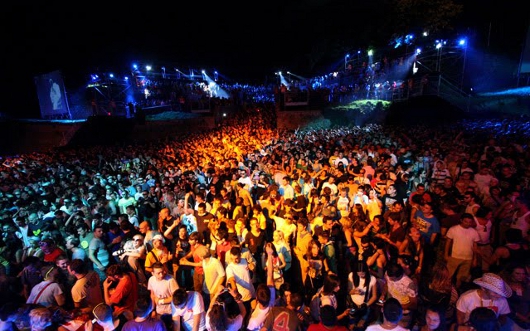 The organizers of Serbia’s legendary Exit festival have unveiled the first batch of headliners for this summer’s event, with Arcade Fire, Tiga and James Zabiela amongst the star attractions.

Since launching 11 years ago, Exit has forged a reputation as one of Europe’s best music festivals. The combination of an eclectic, broad-minded booking policy, stunning location – the beautiful Petrovaradin Fortress, Novi Sad – and up-for-it crowd has proved a winner with punters, DJs and bands alike.

This years event, which takes place from July 7 to 10, will feature some 400 acts performing across 20 stages. So far, the line-up looks impressive. Turbo Recordings boss and best press release writer Tiga, James Zabiela and local hero Gramophonedzie are set to headline the 20,000-capacity Dance Arena. The latter will be playing his first festival on home turf since the runaway success of his ubiquitous Balkan jazz-house jam ‘Why Don’t You’.

The seemingly still going musical entity known as Hadouken are the first act to be announced for the Fusion Stage, whilst US heavyweights Arcade Fire bring their exceptional live show to the Main Stage. More line-up announcements are expected in the next few weeks.

A travel and accommodation package is available for £299 until January 14. Tickets for Exit are on sale now priced £89. More information about Exit can be found at the festival website.