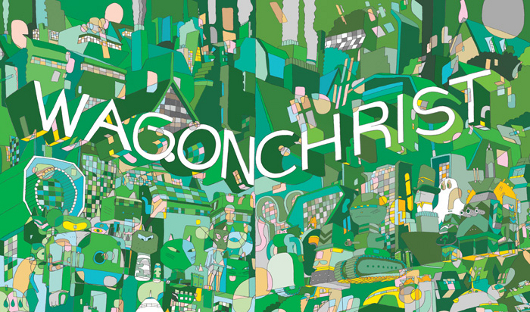 Veteran producer Luke Vibert has breathed new life into the Wagon Christ sound with a new album set for release on spiritual home Ninja Tune in March – his first such for some six years.

Toomorrow is the prodigious Cornishman’s sixth album as Wagon Christ and the first since 2004’s Sorry I Make You Lush. The fifteen tracks included promise a welcome return to his mangled hip hop and warped breaks psuedonym after a number of years concentrating on other projects, most notably the disco house sounds of Kerrier District and decidedly more acid tinged music under his own name.

Those unfamiliar with the Wagon Christ sound should head to the following Ninja Tune Soundcloud page to hear “Manalyze” a suitably sample heavy bassbin bothering wobbler which perfectly encapsulates the sound Vibert likes to play with under this alias.

Toomorrow will be released by Ninja Tune on March 14.