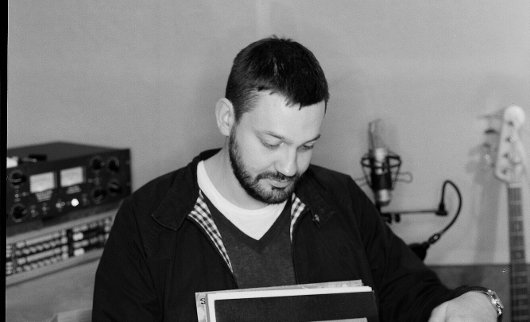 New nightspot The Star Of Kings will play host to the debut London performance by German producer/singer Fritz Kalkbrenner this weekend.

Fritz, the lesser known brother of globe-trotting DJ, film star and owner of a fine collection of vintage football shirts Paul Kalkbrenner,  will take to the stage tonight at the 400-capacity Kings Cross venue.

Earlier this year he released debut album Here Today Gone Tomorrow on the excellent Berlin-based imprint Suol Records run by Chopstick & Johnjon, who were also responsible for pressing up the slo-mo house jam “Pill Collins” by Trickski earlier this year, an act that endeared them to all at Juno Plus.

Both the aforementioned label bosses and Trickski will also be on hand to spin a record or two alongside fellow Suol boys Zander VT, while London based DJs jozif and Bill Brwester will provide ample opportunity for head noddage in room two.

The Star Of Kings was recently opened by Rob Star, who also runs the Star Of Bethnal Green – see the common thread here? – and has a finger in the mulletover and Eastern Electrics pies too. As a result things are looking decidedly more perky for London’s clubbing scene, with XOYO thriving and Matter announcing that it will re-open in time for New Year’s Eve.

More information on tonight’s event can be found on Resident Advisor.