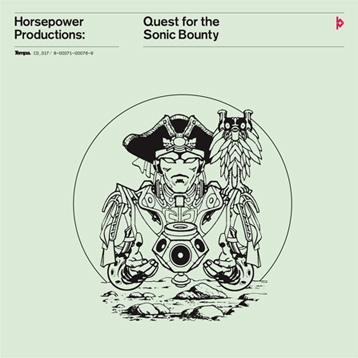 Horsepower Productions, the group referred to in hushed tones as the catalyst behind the genre known as dubstep, have made five tracks available to stream from their upcoming LP for Tempa.

Quest For The Sonic Bounty is their third full-length album, all of which have appeared on Tempa (the others being 2002’s In Fine Style and 2004’s To The Rescue). You can check out the five new tracks via the Soundcloud players below.

Horsepower Productions – Quest For The Sonic Bounty – “Water” by Tempa

Horsepower Productions – Quest For The Sonic Bounty – “Damn It” by Tempa

Currently an awesome foursome (there used to be eight), the current incarnation of Horsepower includes Matt HP aka Lev Jnr, Nassis, Jay King and Benny Ill.

The album will be released on November 29 on a sturdy looking triple pack vinyl, as well as CD and digital. The digital version will include vocal edit of “Classic Deluxe” featuring Katy B.

London people will be pleased to note that the launch party for the album is taking place at Plastic People on Thursday November 25, with Horsepower, Youngsta, Hatcha and Hijak all appearing.

Quest For The Sonic Bounty tracklisting: