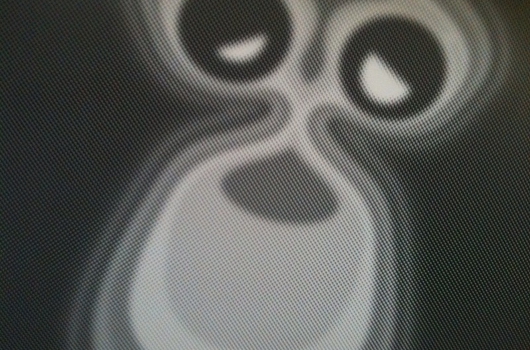 As the end of the year approaches, there doesn’t seem to be any let up in the quality of releases, with this week’s pickings in particular very rich.

Monkeytown’s hotly anticipated first volume of the Modeselektion compilation arrived on two slices of clear vinyl bliss ahead of the full CD version hitting the shelves next week, and this waxual delight was improved upon by OstGut Ton. The German label’s Funf compilation celebrating 5 years of stellar releases comes in a truly heavyweight 7 x 12″ limited box set!

This was more than matched in the 12″ department with a veritable slew of disco releases this week that was lead by two typically idiosyncratic 12 inches from the Claremont 56 imprint (Idjut Boys doing an edit of Shane Macgowan anyone?) A famous producer adopted the Shoplifter alias to deliver a cheeky and very impressive EQ heavy edit of INXS on the Crime Pays 12″, whilst Richard Sen debuted on Endless Flight, The Revenge improved upon Holy Ghost and San Soda remixed Max Essa.

Sitting in the increasing gap between disco and deep house was the return of Hardway Bros who dropped a thumping 12″ on the History Clock, with both sides full of win. Matching them in the “oh my gosh” stakes was KiNK and Neville Watson’s return to Rush Hour. Some two years after their last release together on RH, “Metropole” is raw visceral sleaze and in no real need of addiitonal hyperbole.

Another 12″ that speaks for itself is Shake Shakir’s The Drummer Downstairs which delivers three tracks that cover all the bases for fans of the Detroit sound, with the title track in particular leaving a lasting impression. Add to this a fifth Something In The Sky 12″ from Jeffrey Mills and some no nonsense business from SCB aka Paul Rose and it’s a good week for techno heads.

Blurring the lines betweeen past and present to create a blueprint for the future, Untold’s debut on R & S dropped  lead by A Side “Stereo Freeze” a brutal sonic journey of demonic sub bass frequencies and twisted syncopation that defies any sort of simple categorization other than AMAZING. A third EP from Frenchman Fulgeance full of pristeen MPC choppage and replete with a killer Kelpe remix is also worth investigating.

The download releases this week brought us Hunee’s superlative new release on Rush Hour – a much sweatier selection of tracks than the Berlin dwelling Korean producer has been known for and we love it! Sandwell District gave us a tantalising sensation of what to expect on their forthcoming album with a delightfully stripped back remix of Decimal on Soma, SBTRKT’s seemingly endless supply of production heat continued with his collaboration with rising vocalist Jessie Ware on Numbers. Equal to this was the first release in 2010 from Fantastic Mr Fox, demonstrating his burgeoning talent with the Evelyn EP on Black Acre.

Disco fans should really check out the new EP on Relish from C90s which comes with some excellent remixes from Headman, mysterious Australian blog icons Flight Facilities and perhaps best Jakartan newcomer Midnight Savari. Jacques Renault made a solo appearance on the Hand of God imprint too, with Marilyn’s Gold containing a pair of real heavyweight disco jams.

I’m off to try and spot every one of the 256 tracks used by King Cannibal in the 72 minutes that make up his new mix on Ninja Tune, happy hunting and enjoy your weekend!