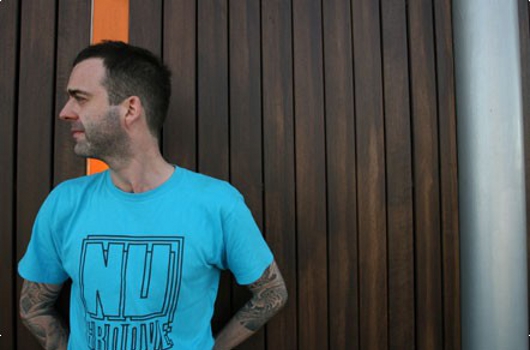 Soma stalwart Lars Sandberg aka Funk D’Void was amongst the passsengers onboard the QANTAS flight bound for Australia that yesterday required a emergency landing soon after takeoff when an engine blew.

The Scottish producer, bound for some gigs down under in Australia, was interviewed by the BBC shortly after the incident stating he was “just glad to be alive” after the plane did an about turn when the engine blew some fifteen minutes into the flight after taking off from Singpaore. Naturally shaken up after the dramatic turn of events, Sandberg was still able to give a detailed account of how the pilot avoided any sort of tragedy:

“I was sitting right next to engine two. People around me were visibly shaken and we all realised that whatever happened wasn’t normal. There was a mother with two children who was quite worried. I travel by plane every weekend and I was surprised by that noise. The captain admitted there was a problem, but he kept reassuring us, almost every couple of minutes, that they are looking into it and that things are OK.

We started slowing down. We were told that we needed to circle around for a bit, to burn some of the fuel, as the plane was too heavy to land. The landing was quite smooth, although the plane felt a bit heavy. When we landed there was fuel leaking from the plane, something ignited and blew the case of the engine. When we got off and saw the engine itself and the back casing burnt off, that was pretty scary. It was a nerve-wracking experience and I feel a little bit shaken up. I was at first annoyed that I can’t get to Brisbane for my tour, but now I am relieved I am still here.

The captain did the right checks – everything by the book and we are all here because of that. We are now sitting back in the terminal where we were gathered to get on the plane. We missed the next plane to Australia, so they are going to put us in a hotel. The atmosphere is easygoing, people are watching television – we’ve been on the news. There have been reporters taking photos of us. Passengers were also taking photos of the plane after we landed, as a memento.

I’m just happy to be alive and safe in the terminal building.”