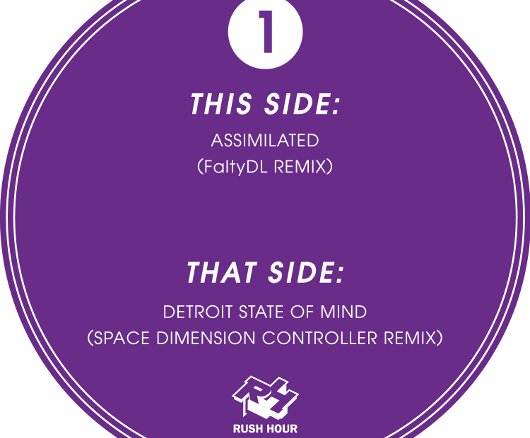 It’s hard to pick two up-and-coming producers better suited to the task of giving Shakir’s wonderfully off kilter Detroitisms a contemporary tweak. Belfast youngster SDC is on fire at the moment, having just dropped a highly impressive podcast for Resident Advisor on the same week his stunning EP was released on resurgent Belgian imprint R&S (check out our review here). He has remixed Shakir’s seminal “Detroit State Of Mind”, which was first released in 1998.

FaltyDL meanwhile has turned his hand to”Assimilated”. Despite being based in New York, Falty’s sound has its roots in the UK, with his releases displaying an affection for dubstep, UK funky and old-school garage.

Rush Hour released Shake’s retrospective Frictionalism 1994-2009 compilation last year to much doffing of caps at Juno Plus. And just as excitingly, the second part of the remix package showcases a new techno generation with mixes from MRSK and Skudge.