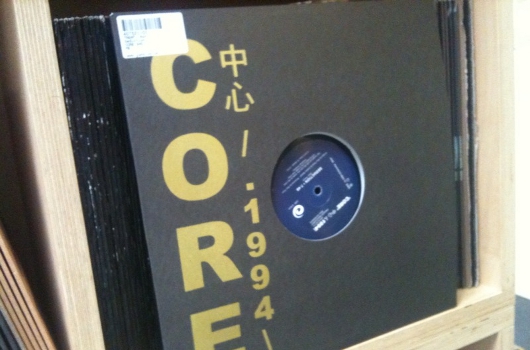 There’s been some debate in the Juno Plus office this week about the correct pronunciation of Will Saul’s AUS imprint, with certain individuals opting for something akin to the common nickname for Australians, whilst others believe it’s simply uttered ‘haus’.

Well, it turns out we’re all wrong and it’s pronounced how you’d say ‘horse’ if h’s and r’s were an issue. Anyway, onto the music: we have to mention the mix the Permanent Vacation crew did especially for us, they even managed to slip in a Neville Watson remix of  “Reckless With Your Love”! Keep your eyes peeled for some more special mixes on Juno Plus over the next few weeks.

The quality control on vinyl releases is maintaining a high standard as we approach the business end of 2010, and special mention goes to to Slow To Speak for their deluxe reissue of the Ron Trent classic “Seduction” which is a must for the deep house fans along with some heavy duty Chicago jack from Murphy Jax and Mike Dunn on Clone (watch out for the Legowelt remix on the flip). Yore artiste Marcello Napoletano came through with a debut on Rush Hour which like any other RH release caused total sensory excitement.

DFA dropped what is possibly the last ever Delia Gonzales and Gavin Russom release with the unimaginatively titled “Track#5” finally released in all it’s ten minutes of glory and with a truly breathtaking dancefloor reimagination from German duo Âme on the flip.  Elsewhere, “Lay On A Shimmer”, the signature track from Pantha Du Prince’s third album dropped on a 12 inch replete with an alternate version from the German chime fancier which improved on an already amazing track, whilst London based producer Jozif unveiled his tribute to Tim Sweeney on the Beats in Space EP for Fist Or Finger and Phantasy coaxed Duke Dumont out of hiding to remix Babe, Terror.

On the download front, DFA dominated proceedings with the aforementioned bliss of Delia & Gavin along with the absolutely must-have Peter Gordon retrospective but there’s plenty of heat elsewhere. Nick Chacona made a belated but brilliant debut for Wurst, whilst Faze Action got remixed by The Revenge and Bonar Bradberry added to his growing reputation with a stellar release on Needwant that includes superlative Pete Herbert and Burnski remixes.

Rising German talent Elef made his debut on Dirt Crew with the Moodymannesque brilliance of “Pardon” something you need to investigate, whilst Finnish producer Deymare dropped an all round classy release on the London imprint Doe, Jus Ed got a seriously deep piano rework from Levon Vincent and Freerange finally released the Tony Lionni album that’s been a constant on the Juno office stereo this summer.

Fans of CD albums have plenty to choose from this week with the much anticipated Darkstar debut on Hyperdub being joined on the shelves by the analogue madness of Whomp That Sucker, The Glimmers long player for Gomma and the really varied and generally excellent San Soda album for We Play House that comes with a bonus Mix CD.