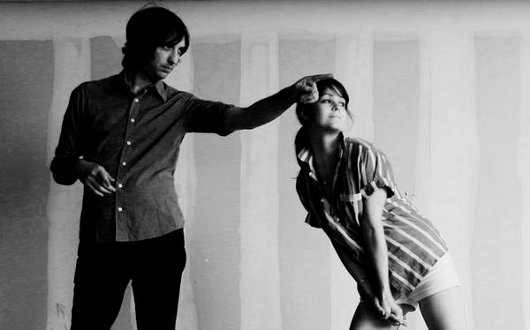 Mysterious disco edits duo Tiger & Woods have lined their putters up for a remix of Brooklyn based duo Hundred In The Hands.

The news is yet another reason for Juno Plus to cast appreciative glances across the Atlantic at Hundred in the Hands, aka Jason Friedman and Eleanore Everdell, who have already enlisted Jacques Renault, Kyle Hall and Walls to remix their incredibly catchy brand of electro pop.

Next up is Tiger & Woods, who have remixed new single “Commotion”, with a release date set for November 15. A debut remix from Larry and Dave will be the cause of much excitement for a growing legion of fans who have followed their 12″s on Editainment with a hawkish eye since the Hole In One EP surfaced.

Incidentally, T & W have just announced a series of live dates across Europe, which will most likely mean their hitherto anonymous identities will be revealed to the world, unless they harbour plans to become a golfing version of Daft Punk. More on that here.

Meanwhile The Hundred in the Hands will also hit the road in October with labelmates !!! (chk chk chk) for a slew of dates across the UK – full info below.