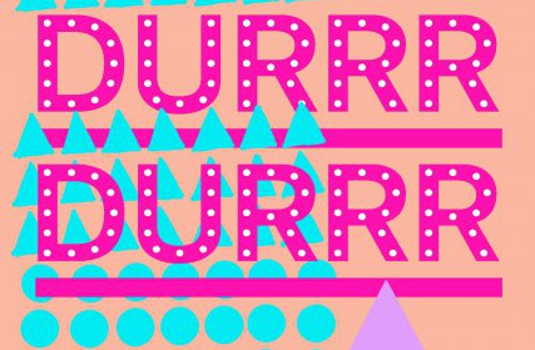 The announcement of a Durrr party with Zongamin and Villa at XOYO in October  is just the latest in a long line of impressive nights to call the soon to be open East London venue their new home.

Monday nights in London have never really been the same since Durrr finished their weekly parties at The End ahead of its closure back in January 2009 and the night run by Rory Phillips and The Lovely Jonjo has since become some sort of irregular party machine rocking up across the globe with impressive guests in tow.

Thus a Durrr party in East London on a Saturday night – October 15 to be exact – is a welcome sight especially when the vastly under appreciated Zongamin has been enlisted to perform live (hopefully a set full of new material) and Belgian trio Villa are DJing. The so Durrr it hurts sounding Perfect Hair will also be performing live, with Rory Phillips and Jonjo offering sterling backup.

The team of creative types behind Field Day (EYOE, AITBF, Bugged Out) are responsible for XOYO, which is housed over two floors on Cowper St, just a bottle’s throw away from Old St tube station. The venue officially opens its doors on September 16 with a Dan Deacon gig curated by Upset The Rhythm.

This is swiftly followed by Bugged Out inhabiting the 800 capacity venue for their Friendly Fires Suck My Deck launch party with the St Albans trio being joined on the bill by Simian Mobile Disco, L-VIS 1990, Untold and Matt Walsh. This event is the first of a new monthly residency at the venue for the long running clubbing institution, which like Durrr has been floating from one warehouse space to another since the closure of The End.

Other nights of note to look out for include BleeD, a new venture from the Bloggers Delight crew whose inaugural night on October 29 sees a massively impressive lineup that sees Oni Ayhun, Oneohtrix Point Never and Teengirl Fantasy perform live as well as a DJ sets from Minimal Wave’s Veronica Vasicka. FACT Magazine take over the venue on October 1 for a party that has Pariah, Ikonika, Lone and Loefah on the lineup.

Additionally Eat Your Own Ears will be hosting live gigs at the venue in the future with Mount Kimbie, Kisses, Steve Mason and Egyptian Hip Hop just some of the acts lined up over the coming months.

For more details on XOYO you are best browsing the Facebook page as the official website is still a work in progess.