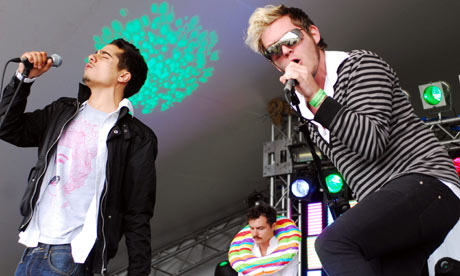 The 22-year-old died only hours after performing at the festival on Friday, August 20.

The Camden based electro pop band were in the middle of a European festival tour, and their debut album is due for release in October 2010.

It has been widely reported that Haddon leapt to his death from a telecommunications mast behind the main stage.

A statement on the Pukkelpop website read: “After performing with his band Ou Est Le Swimming Pool, singer Charles Haddon decided to take his own life.

“Our thoughts and sympathies go out to his family and friends.”

It was the second death of the festival, after The Call’s Michael Been suffered a heart attack backstage at Pukkelpop and died on Thursday, August 19.