Mike Monday & Will Saul team up

Good news for house lovers of the deep variety: production buddies Mike Monday and Will Saul (both pictured looking silly above) have teamed up for a new EP on the latter’s Aus Music imprint.

The Sequence 1 EP sees the duo – who have previously released an EP on Buzzin Fly and remixed Juan Maclean and Tinny – strip things back to a Roland 909, Korg Kaos Pad, and Dave Smith Polyevolver. They recorded their mix live, with Mike on the 909 and keys and Will on filters and effects.

“We wanted to inject some excitement, energy and randomness into this release” enthused Will.

“We had a broad idea of where we were going before we pressed record, and recorded a few takes of each track, then took the best moments from each. The big challenge was reining in the slightly chaotic recordings, but after some tweaking we found a balance between old school rawness and modern production values.”

The two track release will be accompanied by a remix from Hot Flush head honcho Scuba, reflecting Saul’s openness to merging house and dubstep (the last release on Aus was an Al Tourettes & Appleblim EP replete with Linkwood remix). It will be released in September 2010.

Both artists are also plugging away on completing their forthcoming solo albums, while Aus offshoot Simple will celebrate its 50th release this November with an EP from Will Saul and long term muse Tam Cooper. A limited edition vinyl double pack EP will contain four original tracks with remixes from Wolf + Lamb, Nicolas Jaar and oh-so-hot-right-now Jonny White and Kenny Glasgow (aka Art Department). 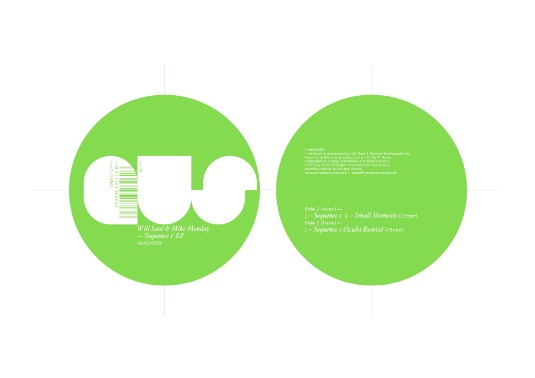