The East London raised, LA based DJ/producer/label boss has compiled a tracklist that has everyone at Juno Plus purring – from Four Tet’s heartbreakingly beautiful “Love Cry” to the Appleblim & Ramadanman hookup on Aus Music and the yet-to-be-released Art Department bomb “Vampire Nightclub” (featuring one Seth Troxler on vocal duties).

Here’s what Damian had to say about the mix, which will be released October 11 via Fabric Records: “I went to the opening of Fabric in October 1999 and felt at home there from that day on. London needed this club so badly at the time and it couldn’t have been more perfect.

“In the following years I’d be on the dance floor, checking out music and DJs, wishing one day I’d be asked to play there. Which of course did happen back in 2005 and I have been playing there once or twice a year ever since. Being asked to mix this album is, at the risk of sounding cheesy, like a dream come true, even after all this time.”

Check out the tracklisting and artwork below. 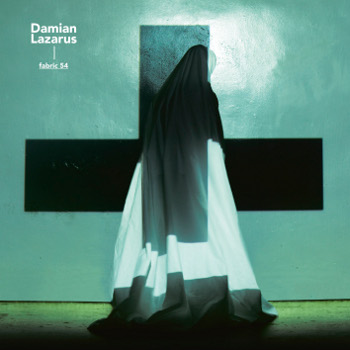