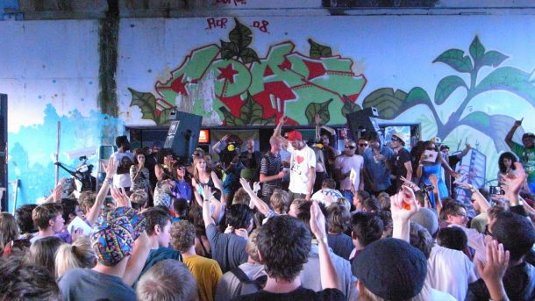 Major Lazer will return to the streets of West London this August bank holiday weekend, as headliners at the Red Bull Music Academy’s annual carnival party.

Switch and Diplo’s dancehall-cum-electro project will once again be the main attraction after last year’s raucous showing, although the supporting cast is impressive: Douster, Poirier, Sticky, Joker, David Rodigan and Drop The Lime will all be in attendance.

It’s the third year that the Music Academy has hosted a carnival party, with the 2008 surprise appearance by Santigold and last year’s Major Lazer Sound System show among the highlights thus far.

To get your free ticket, head to www.redbull.co.uk/carnival for updates and details on how to apply for the guestlist – although judging by previous scrambles to get in, expect these to disappear fast.

This year’s Notting Hill carnival will take place on August 29-30.