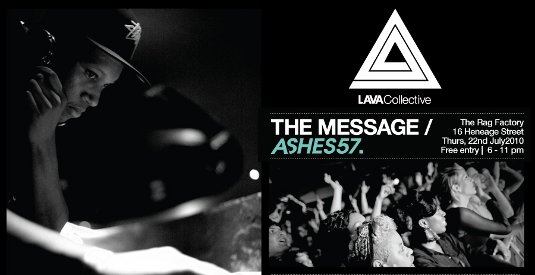 Mala, Skream, Coki, Benga, Silkie and Joker are among the artists featured in an exhibition of photographs and artwork by Agent 57, which takes place in London this week.

As designer for Swamp 81, Deep Medi and Dubwar, Ashes 57 is heavily involved with the London dubstep scene and her drawings and graphic design work have graced many record sleeves and flyers in recent times.

It promises to be a fascinating and intimate collection of images that trace the final steps of dubstep’s evolution from a local scene into a globally respected genre.

Hosted by the LAVA Collective, the event will take place at the Rag Factory on Heneage St, London. Each portrait will be available for sale on the night (and expect a couple of appearances by the producers featured in the exhibition). Full details below.