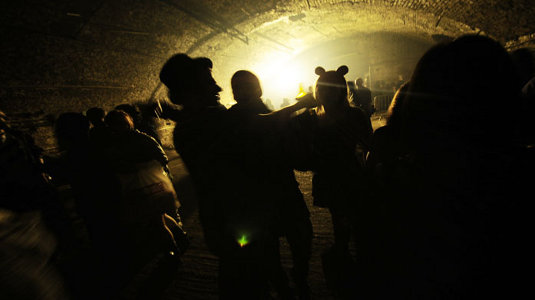 The only mystery remaining ahead of the event is the identity of the secret guest for the Dirtybird room which for now has a somewhat gaping hole next to the names of Justin Martin, Illinois based Dirtybird DJ J Phlip and local London types Another Amit and Sketchy from the Man Make Music crew.

Elsewhere, the Mulletover vs Kompakt area looks positively top heavy in comparison with Kompakt boss Michael Mayer getting some staunch support from label buddy Thomas Fehlmann who will be performing live and the legendary German duo of Wighnomy Brothers, who haven’t played in London since last December.

Resident Advisor add a touch of dub techno class with Hotflush founder Scuba added to the bill in their room alongside his protege Joy Orbison whilst Sub Club residents Harri and Dominic are also on hand to drop some proper house.