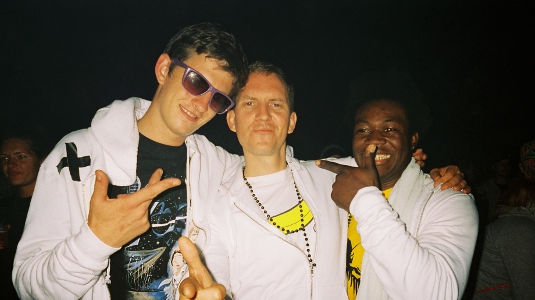 Magnetic Man, the trio of  Skream, Benga and Artwork will release ‘I Need Air’ their debut single proper next month along with remixes from Red Light, Breakage and Shy FX ahead of a Magnetic Man album in November.

‘I Need Air’ sees the trio enlist Angela Hunte on vocals and they must hope her involvement will have the same impact as the Alicia Keys/Jay Z collab ‘New York State of Mind’ which Harte co wrote with the wailing ivory tinkler.

Skream, Benga and Artwork have spent the last few months holed up in a studio putting the final touches on the as yet un named album and Skream was in typically boisterous mood when divulging what to expect. “With all three of us doing it it’s going to get ultra-no-holds barred” says Skream. “This is Magnetic Man. It’s no longer three people: it’s a whole.”

Earlier this month,  Skream gave away ‘Mad’ a free taster of what to expect from the Magnetic Man project via his soundcloud page and  the 5000 odd downloads are a precient indication of the anticipation building around this project.

The band are set to play  festivals throughout the Summer with further shows to be announced soon. To date the following appearances are set in stone.