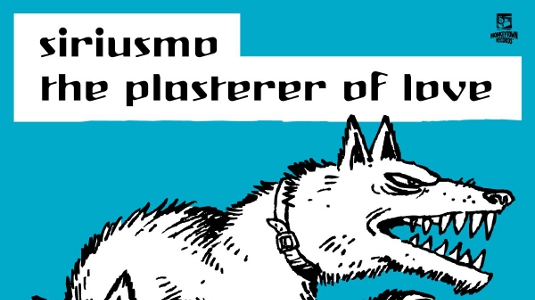 Ace German producer Siriusmo will release The Plasterer Of Love EP on Modeselektor‘s Monkeytown imprint next month with a full album to follow some time next spring.

This should be filed under ‘Great News’ as it’s been nearly twelve months since Monkeytown put out his last original material, The Uninvited Guest EP to almost universal acclaim.

It was on heavy rotation from big name DJs like Cassius, Erol Alkan, A Trak and Sinden and “High Together” got licensed for compilations by the likes of Kitsune.

Since then Siriusmo has dropped remixes for the likes of Chromeo, The Gossip, Breakbot and Scissor Sisters but his fans have always clamoured for more original material of his distinctly unique brand of electronic production.

The five tracks that make up The Plasterer Of Love will certainly not dissappoint going by the snippets of “123” and “Einmal in der Woche schreien” that have recently surfaced on Siriusmo’s Soundcloud page.

The Plasterer of Love will be released on the 5th July with the usual excellent artwork, as shown above,  courtesy of the man himself.