Dubstep starlet George FitzGerald will join the coveted Hotflush team with a debut two track EP to be released this month.

Fitzy appeared on Scuba’s excellent Sub:stance mix from earlier this year, with “Don’t You” bringing to mind the R&B–meets-dubstep talents of Joy Orbison. Indeed we at Juno Plus HQ were so impressed with it that we cursed him with “ones to watch” status.

“The Let Down/Weakness” will be released on June 28 via Hotflush Two, the sub label of Hot Flush with a mainfesto of releasing “dubstep-not-dubstep”, you know, that kind of thing. 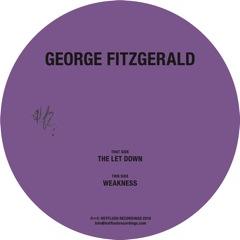