The artwork and tracklisting for the hotly anticipated debut from Mount Kimbie has been revealed.

Dominic Maker and Kai Campos met at London’s Southbank University, and have gone onto forge a niche in the post-dubstep scene currently thriving in the city, fusing elements of jazz, experimental, bass and garage into their productions and live show.

The duo, signed to Scuba’s Hotflush label, will release Crooks & Lovers on July 19. They’ve also got a European tour coming in the summer, which will take in dates in Berlin, Hamburg, Amsterdam and Toulouse.

A recently released remix EP served as a rather tasty entree for the main course, with reworkings from Tama Sumo & Prosumer, Insta:mental, FaltyDL, James Blake (who also performs with the band live) and Scuba (wearing his techno hat with SCB written on it).

Considering the quality of their two preceding EPs, Maybes and Sketch On Glass, Crooks & Lovers has the potential to be one of 2010’s defining albums. 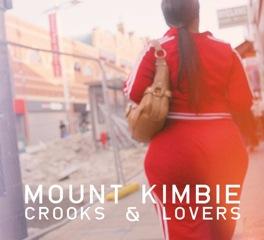