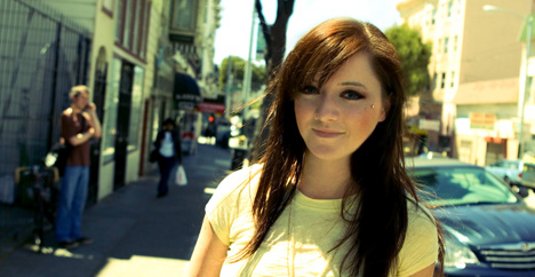 VonStroke’s girl Dirtybird chats to Juno Plus about Chicago house, moving to Berlin and her mother Carol. Making bass-heavy sounds on a tech-house tip such as tracks like “Rumble Rumble” and remixing the likes of Voodeux, J Phlip (aka Jessica Phillippe)’s track “Drop Bombz On Ya Momz” has been featured on the ‘Future’ CD3 of Dirtybird’s 5 Years of… Compilation, we can only expect big things…

How much do you think  growing up in Chicago has influenced your sound?

Well I’m actually from Champaign, Illinois.  It’s a small, yet very diverse city two hours south of Chicago, and it isn’t a Chicago suburb whatsoever. Chicago influenced my sound much more when I first started DJing – it is the birthplace of house music – I can’t deny its influence!  I loved shopping at the record stores up there – mainly at Gramaphone and Hot Jams!  I would go to Chicago all the time to hear DJs and check out hip-hop shows.

But I’m a total music digger – I never stop looking for new sounds, new influence, and old sounds that are new to me.  Dance music is constantly evolving all over the world – whereas Chicago (for the most part) likes to stay true to its house music roots.  I found myself buying a lot of imports from Europe and stuff from Detroit or San Francisco – techier beats and booty baselines – quirky weird sounds and beat patterns that don’t necessarily follow the “4 on the floor” of Chicago house.  I have gone to WMC in Miami for the past six years and the Detroit Electronic Music Festival amongst many other travels.  I never limited myself to the influence of Chicago, however I can’t deny that you can hear Chi-town sounds sprinkled into my sets at times!

How do you think your sets differ from the rest of the Dirtybird crew?

We are all different in our track selections and our mixing styles and our energy behind the decks – yet fit under the same umbrella and compliment each other in the best way ever!  I’m really into long blends, layering tracks, and big bass drops!  I’ve been digging up a lot of ghetto tech and booty bass stuff lately compared to Christian Martin who can be heavily dubstep influenced, or Worthy who likes these crazy wonky tribal drums, or Barclay (Claude VonStroke) who can go more techno or big room than me sometimes, or Justin who is just a mixing mastermind party rocker dude!

I could never generalise my own sound versus theirs or how we are different – we just are – yet we overlap in style and technique and inspire each other all the time!  We are all very versatile yet have our own flavour, but how do you explain cherry versus strawberry, or chocolate versus peanut butter?

We are all very versatile yet have our own flavour, but how do you explain cherry versus strawberry, or chocolate versus peanut butter?

How would you describe your music?

Hybrid booty techno funk – that is focused around the bassline and how it interacts with the beat.  My music is fun and groovin and shouldn’t be taken too seriously!

Is what you make a direct result of what you listen to?

What I make is a direct result of whatever the hell comes out when I sit down and mess around with sounds and beats and bass and noise.  What I listen to gives me inspiration and ideas – but my music has my own feel to it.

What do your parents make of all this DJ business?

My dad is a self made audio engineer.  He used to run live sound for major bands and tour the world!  He has caused major rawkus worldwide, bailed the crew members out of jail, been kicked out of hotels, and done some crazy stuff that even I’m not allowed to hear about.  However he also worked extremely hard.  He might not always understand the music I do but he understands me 100%.  Bub is down!

It’s more difficult for my mom to relate.  She is so proud of my college degree in Engineering and wishes I would just get a job sometimes.  But deep down she knows I can’t live that life.  She loaned me the money to get a new music computer recently when my laptop was stolen.  That’s some serious support outta Carol – so I must be doing something right!

Off to Berlin!  I’m trying to spread my Dirtybird wings over in Europe!  Berlin is cheap and right in the thick of it so it seemed like the logical place to plant my home bass for a Europe tour.  So far I have some really dope shows locked down, but am still available for bookings (hint hint).  I can’t wait to return to Fabric and Back to Basics in Leeds – two of my favourite spots on the planet!  I’ll also be at TBar in London with Tanner Ross and Switzerland for the second time.  I’m really excited for the move – I just hope I don’t get eaten alive!  Hehehe.

Also, Dirtybird is dropping its 5 Year Anniversary Triple Pack in April, which is going to be huge! I recently did a remix for Scion Audio/Visual and will have more originals on Dirtybird for sure!  Music, music, music!

What I make is a direct result of whatever the hell comes out when I sit down and mess around with sounds and beats and bass and noise.  What I listen to gives me inspiration and ideas – but my music has my own feel to it.

Where do you hope to be in ten years time?

I hope to still be rockin’ parties with my Dirtybird pals worldwide and making beats in my own phat studio beat cave!  I can’t wait to see where the music takes us.  I hope to have started an indie rock project and maybe dabble in a few different genres of music.  I would love to have my own fashion line someday too and of course be a pool hustler on the side!