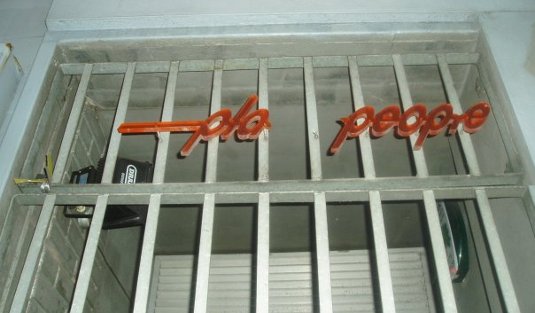 The management of Plastic People have released an official statement about the possible closure of the east London nightspot, with a stakeholder meeting planned for tomorrow night.

When contacted by Juno Plus, DJ Benny Blanco, who formed the Facebook group “Keep Plastic People Alive”, said he was “blown away” by the response from fans of club from across the world.

“We can’t believe how strong the support has been,” he said.

Blanco said a meeting was scheduled for tomorrow night (Thursday) in which stakeholders will meet and dictate a plan of action. The meeting will most probably lead to the launch of an official petition.

As we reported earlier this week, east London nightspot Plastic People has been served with a police notice that may see its entertainment license revoked as early as next month.

The club has been home to a plethora of house, grime, dubstep and funky nights, with the likes of Theo Parrish and Four Tet holding residencies there in the past. Indeed, Four Tet’s new album contains a track titled “Plastic People”.

Official Statement from the Management of Plastic People:

Hello everyone and thank you very much for your support. We know that Plastic People is loved by all of you, but we could never have predicted the reactions from so many people in such a short time. It has been overwhelming. On behalf of everyone here at Plastic People, special thanks to Benny Blanco for starting the ‘Keep Plastic People Alive’ Campaign and to all of you who are showing your appreciation for what the club has done over the last 16 years
Charlotte and I are in no doubt how serious this situation is and as a result had a meeting with the solicitor yesterday. This does not mean that all hope is lost and that Plastic People has come to its end. However, it does mean that we must do all we can to co-operate with the Police and Hackney Council in order to ensure that we can keep the best dance music venue in London open for all to enjoy.

Here is a breakdown of the whole process:

• The police have made an application to Hackney Council for a review the premises licence at Plastic People on the grounds that the way the management have been operating the club has breached the existing terms of its licence and failed to prevent crime and disorder and public nuisance.

• The notice outside the club’s premises will be there till the 11th March, which is the closing date for representations to be made by ‘interested parties’ (unfortunately this does not include you guys, but there may be an opportunity for you to make a contribution, see below) for or against the closure or any other outcome of the review.

• After the 11th, the licensing department at Hackney Council will, within 10 days, write to all parties concerned to invite them to a sub-committee hearing on a given date at a given address where they would make their case. That hearing should take place by the 31st of March.

• It would then be up to the Committee to decide on the eventual outcome which could be one or more of these:
(a) To revoke the license altogether;
(b) To suspend the license for a period not exceeding three months;
(c) To modify the conditions of the license;

Once a decision has been made, we would be notified and in the worst case scenario, we would have the option of appealing, but our current aim is to work with the Police and the Licensing Authority to find a solution that is satisfactory to all. Having never had problems with our licence over 16 years, whether in Oxford Street or Shoreditch, we are optimistic that this will be possible. Whilst the management concentrate on working With the Police and Hackney Council to address their concerns, much still needs to be done. Unfortunately, we can’t make the full version of the Police application openly available at this stage. A collection of people involved in the club are setting up a Committee called Friends of Plastic People. They will gather people’s experiences of working with and attending Plastic People over the years. They will meet this week and no doubt they will let you know how you can help.

I would urge everyone to hold back on making representations to the Police or the Council in the meantime, but by all means carry on spreading the word.

Once again, my most heartfelt gratitude to all of you!