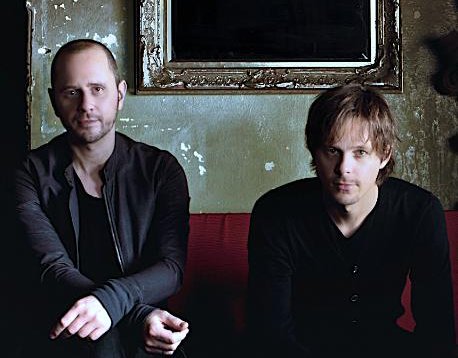 Highly respected electronic act Booka Shade will release their fourth artist album this May on Get Physical Music and Co-Op, with a collab with Yello one of the drawcards.

The duo – aka Walter Merziger and Arno Kammermeier – have titled the album More!

“We wanted this album to be more energetic with strong grooves and of course the typical Booka Shade melodies and atmospheres that we love. The album takes you through every stage of the night out; the excitement before you go out, the party, the late, late night, a bit of paranoia…. and then the sunny morning of a new day.”

A quick perusal of the tracklisting shows a guest appearance from legendary synth pop duo Yello, as well as house producer/singer Chelonis R. Jones, who has previously collaborated with Royksopp.

This year promises to be an auspicious one for Booka Shade, with a recent collaboration with old pals M.A.N.D.Y already doing the rounds (a different version of which will appear on the album). Dates for a live tour will be announced shortly.