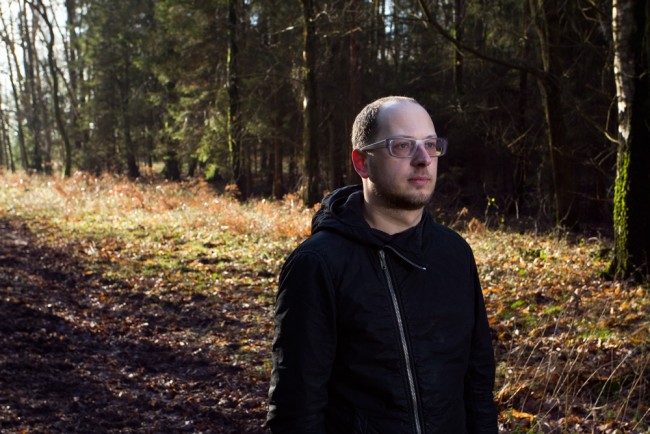 WHAT’S THE NAME OF YOUR LABEL, AND WHO RUNS IT?
Planet Mu. I run it but there are other people who run it with me, mainly Thomas Quaye, who is the label manager, he sorts out things like accounting and dealing with distributors and shipping, all that sort of stuff. There’s a publishing company that’s run by Gavin Burness and Marcus Scott does the press.

WHEN & WHY DID THE LABEL START?
Well, it depends where you take it from 25 years ago it started through Virgin, 22 years ago it started independently. Through Virgin we still had quite a few releases, mainly of mine, and then the Mealtime compilation. They were all on the Planet Mu imprint on Hut through Virgin. Yeah, Mealtime had people like Jega, AFX , Plaid, Mould, Animals On Wheels, stuff like that.
Why did it start? Well, I thought I needed an exit strategy for when I became shit at writing music. This was it. I was thinking, for a start, I can’t do music forever, but I could make a percentage off other people’s music if I released it. I thought I would probably be quite good at that.

Some of the first stuff I was getting together as a business plan never came out. One of the things I had was the Boards of Canada album which eventually ended up coming out on Warp via Skam. I was trying to sign that. In the end they rang up and said ‘Warp have offered us some money so we’re going to do it with Skam and Warp.’ It was a good label so I couldn’t compete.

I was going to do an EP with Like A Tim, from Djax-Up-Beats, but that came out on Rephlex in the end. Originally it was just an imprint of Hut/Virgin, and because it was going through Vital, independent distribution, they said I could have my own imprint name, which was Planet Mu, and then a couple of years later in 1997, I said to Dave Boyd the guy in charge at Hut, could I do this compilation, could I release other acts on it, and he seemed quite interested and we got Mealtime together.

Unfortunately, I think the way everything was run at Virgin meant that too much money was spent on it, the legal team had to be paid, they used to most expensive mastering studio – which they own, obviously – so I thought it might be better if I did this sort of thing myself on a shoestring. So I went independent and it’s a good thing I did because I got dropped a couple of year later.

GIVE US A BRIEF SUMMARY OF WHAT YOU’VE RELEASED SINCE THEN….
We’re up to 400 and something releases now. 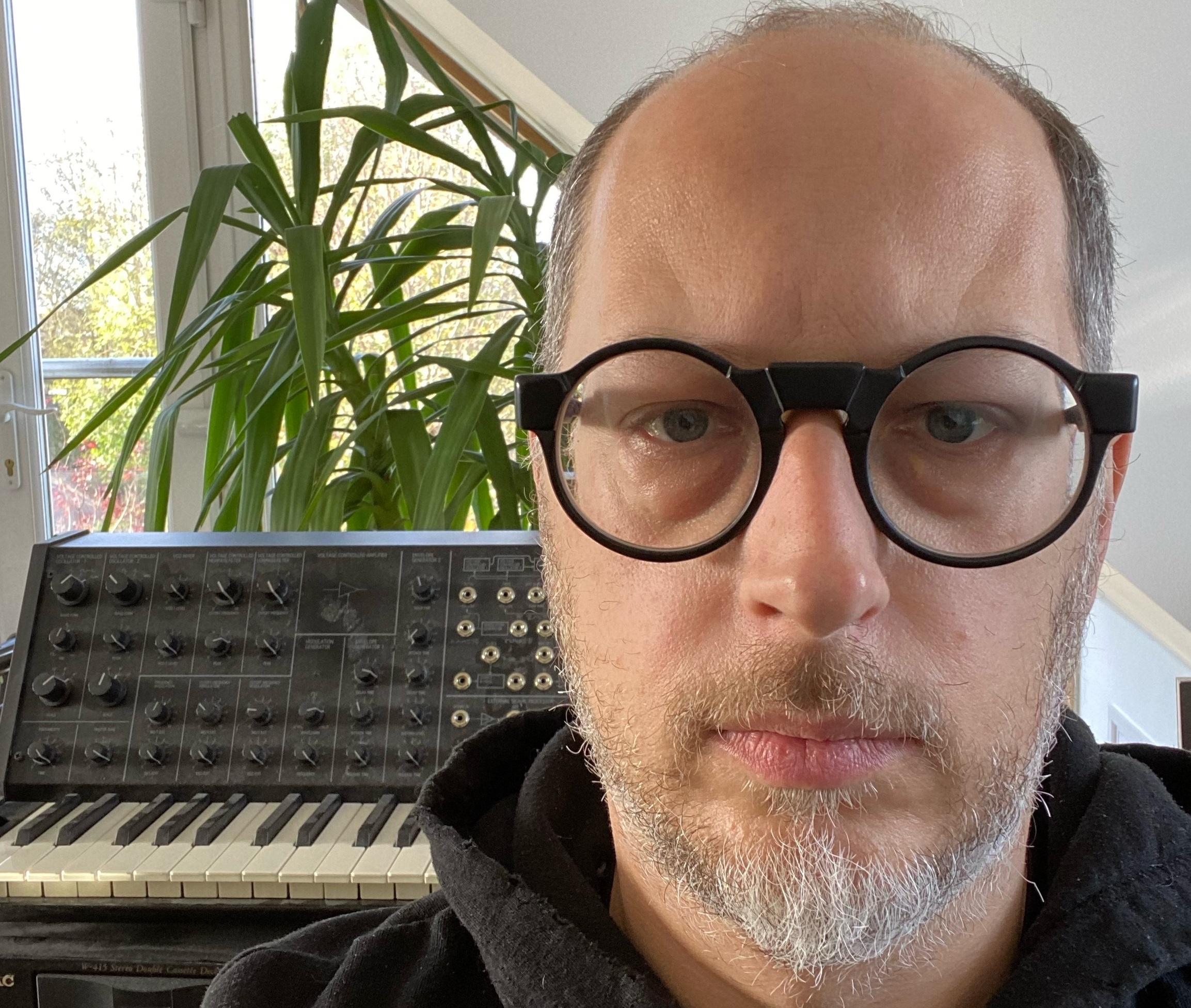 WHAT QUALITIES ARE YOU LOOKING FOR IN THE MUSIC YOU RELEASE?
It’s the excitement you get when you hear something and you think ‘I want to hear that again’ or ‘what was going on there?’ The shock of the new. I remember the first time I went into a record shop, Boogie Times in Romford, and heard some early jungle. I was used to hardcore and slightly slower stuff. They were playing these white labels they had behind the counter, Krome & Time I think it was. I want to hear excitement like that. Not every release has to be like that, obviously. Sometimes it can be good craftmanship, something really catchy. Lately we’ve been releasing less stuff with vocals. It doesn’t tend to do well on Planet Mu. The audience we’ve got wants to hear instrumental electronic music.

WHAT KIND OF VISUAL IDENTITY DOES THE LABEL HAVE (ARTWORK, VIDEOS ETC) ?
The original logo was part of the µ-Ziq logo on my first release on Rephlex and that was designed by Grant Wilson-Claridge (who ran Rephlex with Aphex Twin). I asked him an he very kindly said I could use that as a logo. Visual identity is getting more and more important with the fact people are hearing music for the first time on places like Instagram and TikTok now. Sometimes the artist has a good idea of what they want. Sometimes I get free reign to go from scratch but usually they have an idea or an image or a photo they want to use.

WHAT’S BEEN YOUR BIGGEST SELLING RELEASE TO DATE? TELL US A BIT ABOUT IT AND WHY YOU THINK IT WAS SO POPULAR.
At the moment we’ve got this John Frusciante album (Maya) on Timesig, we started up this Venetian Snares sub-label Timesig and that is doing really well at the moment.

Releases by Ital Tek , Jlin and Keudo have all done well in recent years.

NAME ONE RELEASE THAT YOU THINK DESERVED TO GET MORE ATTENTION THAN IT DID
Something like Mr Mitch’s first and second albums – that actually got loads of attention in the press but sold pitifully. It’s always disappointing when something you really love doesn’t do very well,, especially when you’ve spent a lot of money on it. It’s a guessing game really. You have to change the way you work every year, every six months sometimes because things change so fast in the industry.

IF YOU COULD SIGN ANY ARTIST, ALIVE OR DEAD, WHO WOULD YOU CHOOSE AND WHY?
The only thing that springs to mind is a proper Aphex box set of all the old cassette stuff. Aphex Twin was obviously a huge influence on my music. I have about five or six tracks on MP3 that weren’t on that Soundcloud dump, and I remember hearing ones back in the day that still haven’t appeared. When I was at his house I remember him writing stuff – a lot appeared in the dump but some I remember didn’t.

WHICH OTHER LABELS DO YOU ADMIRE AND WHY?
At the beginning it was a lot of the Detroit labels like Transmat and Planet E, which was a big inspiration behind our name. Other labels like obviously Rephlex too, 4AD, those ones inspired me.

WHAT CAN WE LOOK TO FROM YOUR LABEL NEXT?
Next year we’ve got albums from RP Boo, another EP from Rian Treanor, another album from Ripatti and releases from Meemo Comma, Basic Rhythm, Jana Rush and Bogdan Raczynski. There’s also a new album from (Mike’s jazz-funk slanted alter ego) Jake Slazenger – that’s not on Planet Mu, I’m just doing that myself on Bandcamp. It’s a long time since I’ve done anything under that name and people have often asked if I’m going to do anything more. That’s mainly stuff from ‘94-‘98 but I have been working on new stuff on and off, so there may be another µ-Ziq release, a few labels have asked for stuff but I might just do it on Planet Mu/ In August I started writing some tracks. It started off really well, I did some good tracks and then it just got worse and worse! I’ll try again!

The release of universally acclaimed Richard Fearless album Deep Rave Memory last year truly put his Drone label on the map, but as we discover, from studio neighbour Daniel Avery to Michigan’s D’Marc Cantu, there’s a lot more to the stable than just Fearless himself.

END_OF_DOCUMENT_TOKEN_TO_BE_REPLACED 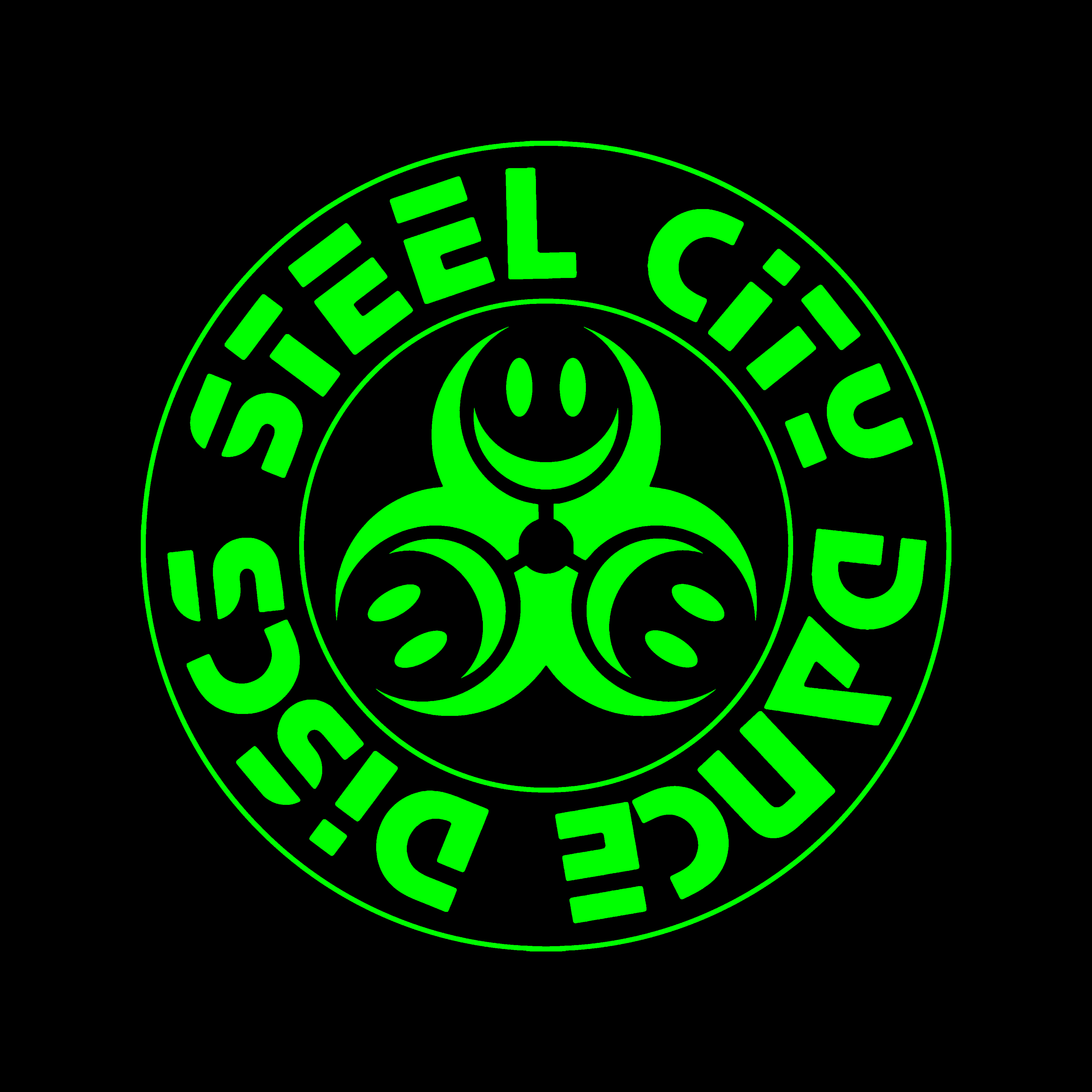 We glimpse into the world of Steel City Dance Discs, run by four best friends from Newcastle, Australia…

Steel City Dance Discs has picked up an international following a genre-fluid aesthetic that, in their own words, takes them “from house to gabber” and back again.

END_OF_DOCUMENT_TOKEN_TO_BE_REPLACED 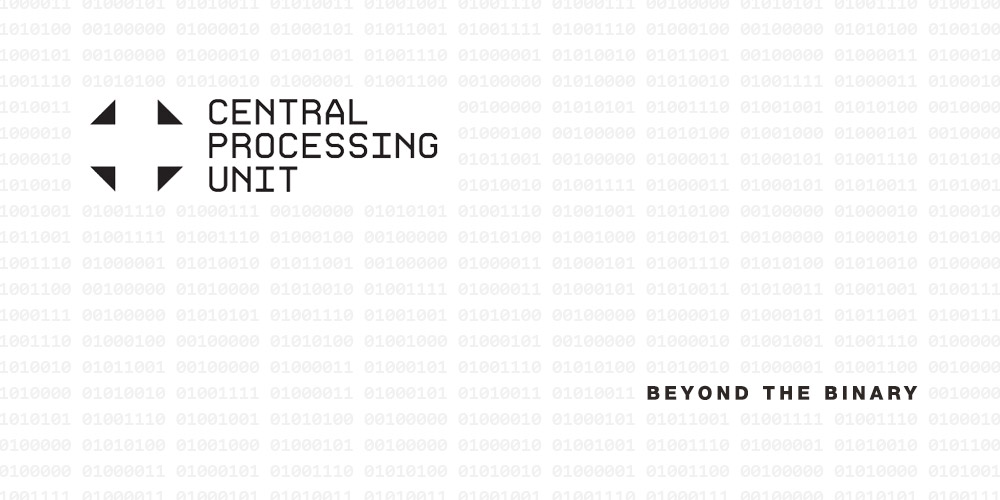 END_OF_DOCUMENT_TOKEN_TO_BE_REPLACED

MinimalRome: Keep it in the Family 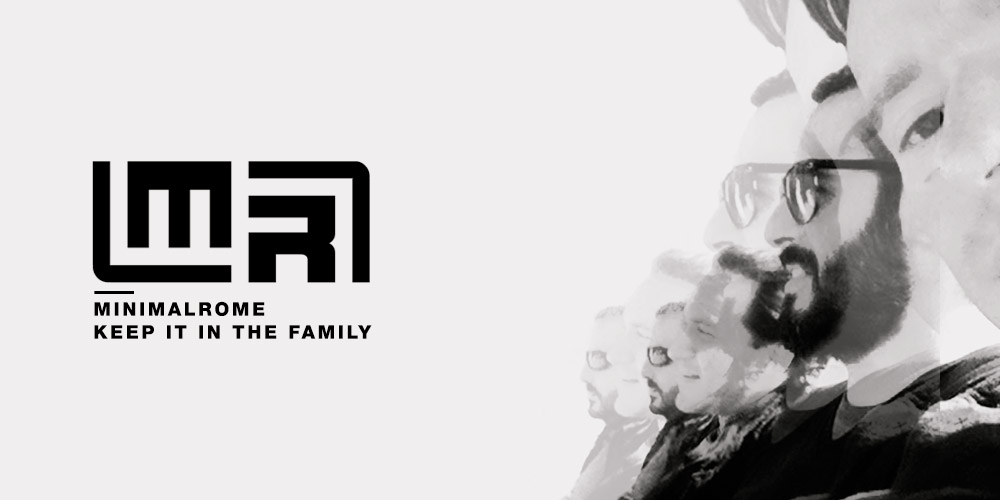 The Rome collective whose roots trace back to the city’s heady ’90s techno era speak with Richard Brophy.

END_OF_DOCUMENT_TOKEN_TO_BE_REPLACED 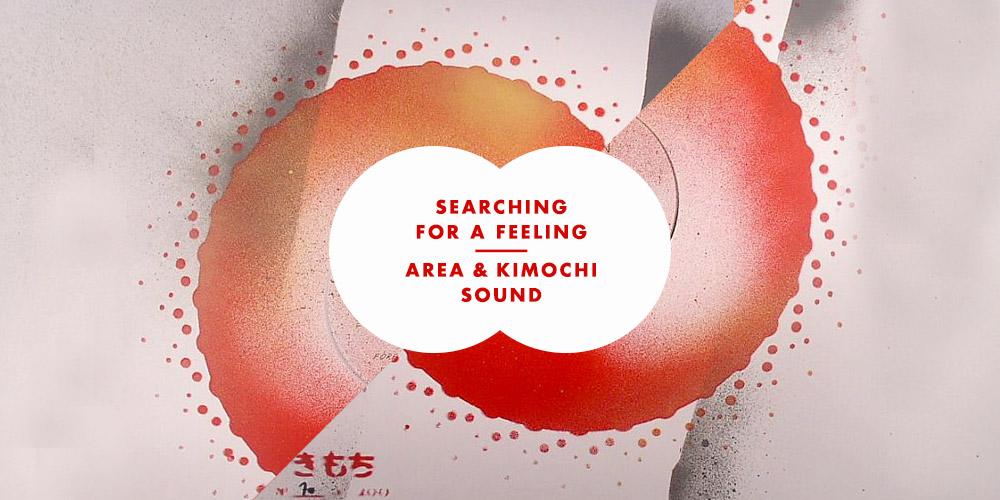 The man behind Kimochi Sound goes under the spotlight.

END_OF_DOCUMENT_TOKEN_TO_BE_REPLACED 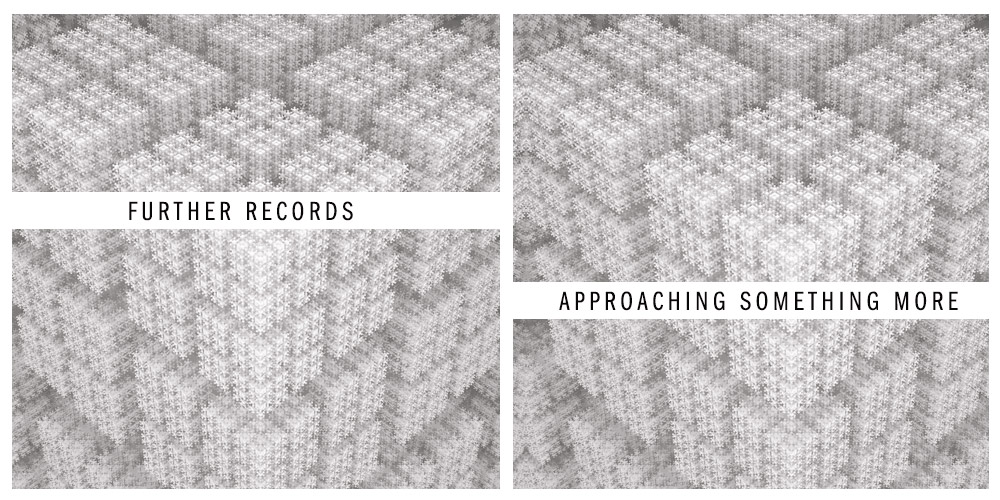 The focus is Seattle as the founders of our favourite label of the past 12 months speak with Tony Poland.

END_OF_DOCUMENT_TOKEN_TO_BE_REPLACED

Mannequin Records – The Line of Darkness 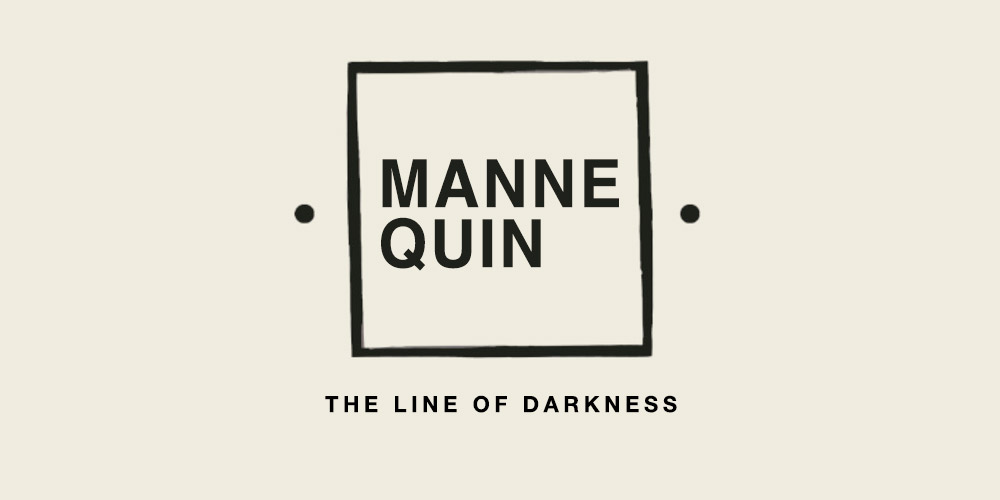 Alessandro Adriani opens up with Flora Pitrolo about his label Mannequin, his Rome upbringing, Italian Wave, the appetite for reissues and much more.

END_OF_DOCUMENT_TOKEN_TO_BE_REPLACED

Nous – Something More To Say Where does Berlin operation Nous fit into the current label landscape? A straight talking George Mavrikos sits down with Rose Mardit to discuss the label’s emergence.

END_OF_DOCUMENT_TOKEN_TO_BE_REPLACED

Nothing Short of Total War – The Blast First story 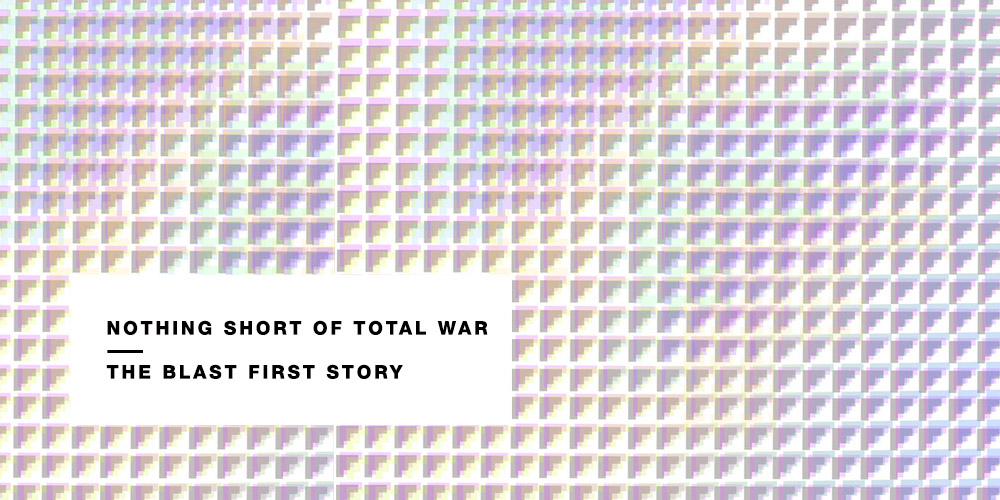 Ian Maleney tracks down Paul Smith, founder of the Blast First label and its successor Blast First Petite, and responsible for facilitating the rise of everyone from Sonic Youth to Pan Sonic via HTRK.

END_OF_DOCUMENT_TOKEN_TO_BE_REPLACED 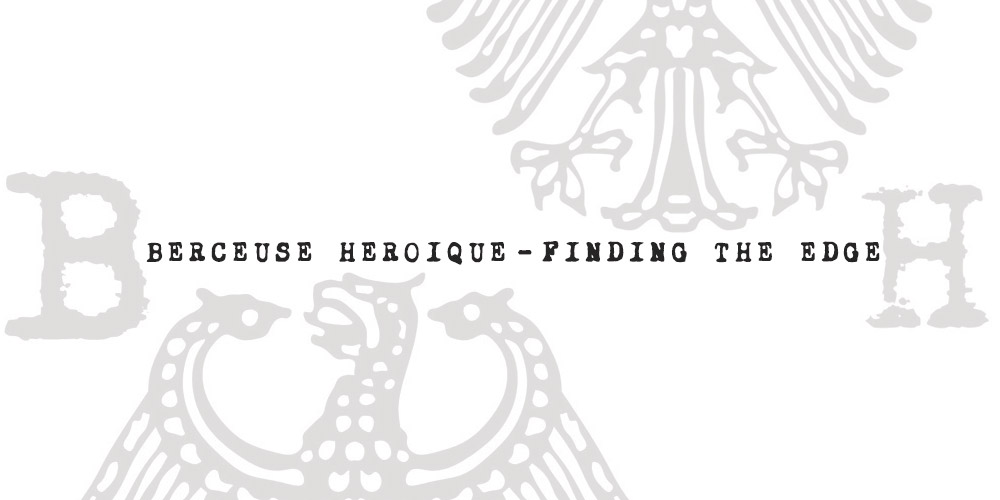 Berceuse Heroique founder Gizmo opens up about his past, influences and the freedom of running a small label.

END_OF_DOCUMENT_TOKEN_TO_BE_REPLACED 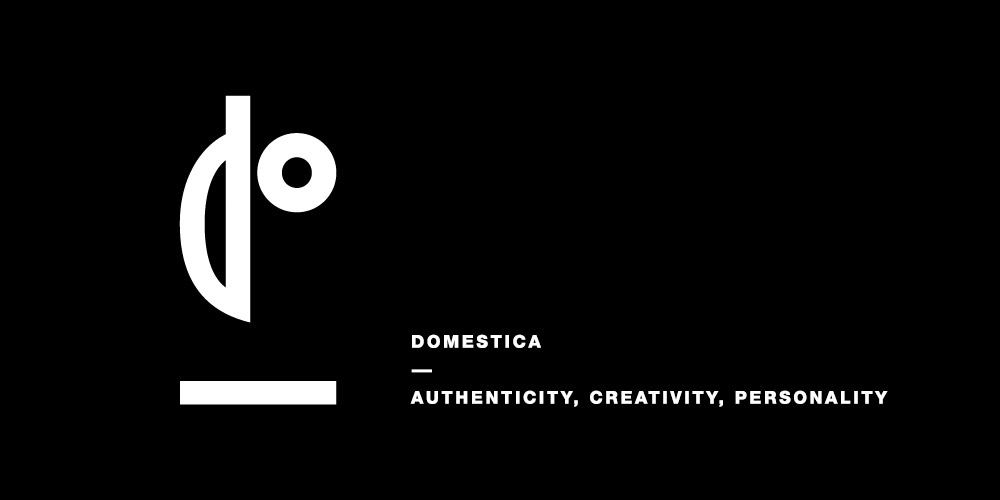 Flora Pitrolo tracks down Domestica founder Jordi Serrano to discuss the Barcelona label’s development over the past five years and its distinctly DIY approach.

END_OF_DOCUMENT_TOKEN_TO_BE_REPLACED

Giallo Disco: Tracks of our Fears 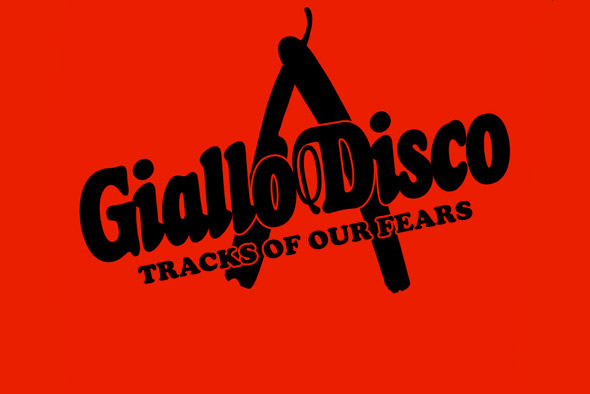 Giallo Disco founders Antoni Maiovvi and Vercetti Technicolor speak to Richard Brophy about how the label has swiftly gained a cult following after its somewhat unlikely beginnings in Cologne.

END_OF_DOCUMENT_TOKEN_TO_BE_REPLACED 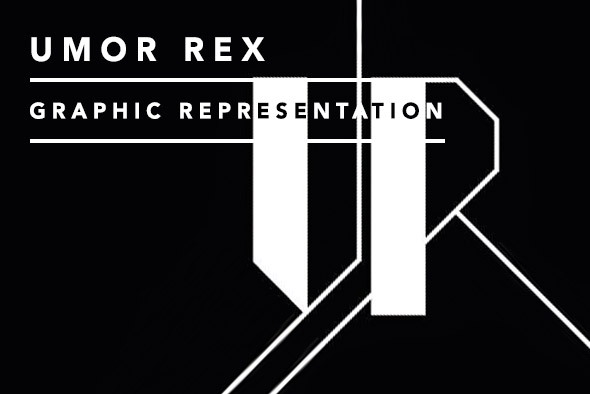 END_OF_DOCUMENT_TOKEN_TO_BE_REPLACED

The In-Betweeners: Welcome To The Weevil Neighbourhood 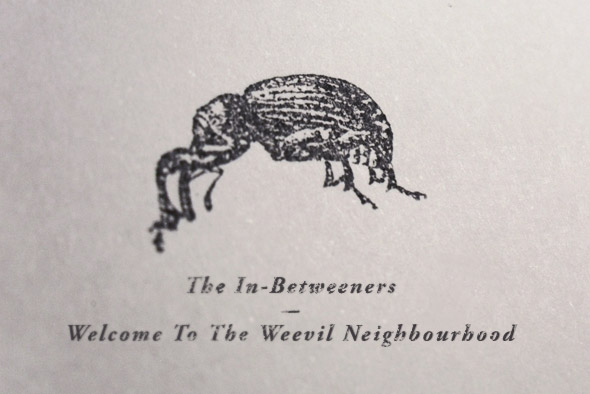 James Manning joins the dots between drum and bass, dubstep and techno with Martin Heinze in The Weevil Neighbourhood.

END_OF_DOCUMENT_TOKEN_TO_BE_REPLACED 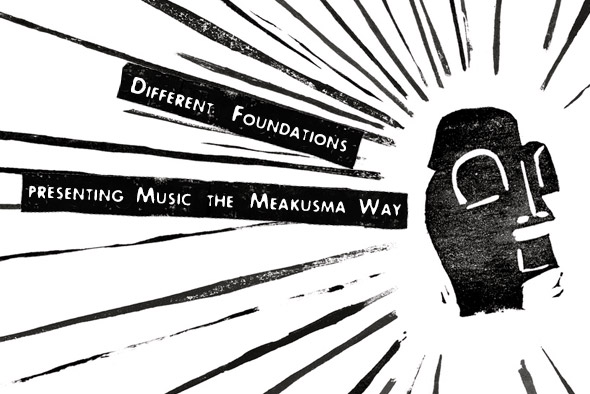 Oli Warwick sits down with the founders of Meakusma, a Brussels-based collective who continue to excel at blurring the lines between cerebral contemplation and rhythmic satisfaction.

END_OF_DOCUMENT_TOKEN_TO_BE_REPLACED

Dark Entries: Creatures Of The Night 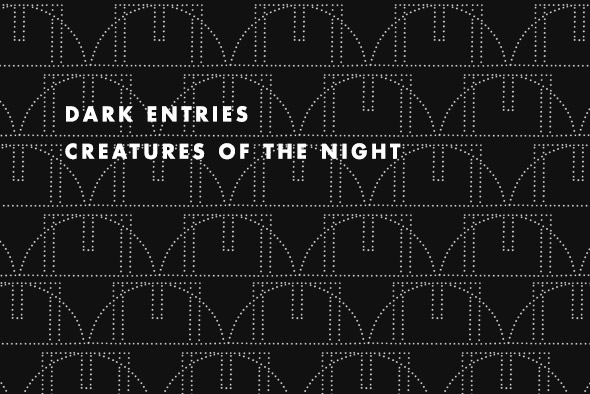 Richard Brophy talks with Josh Cheon, founder of Dark Entries, whose ‘back and forth’ approach to releasing music has firmly put the San Francisco label on the map.

END_OF_DOCUMENT_TOKEN_TO_BE_REPLACED 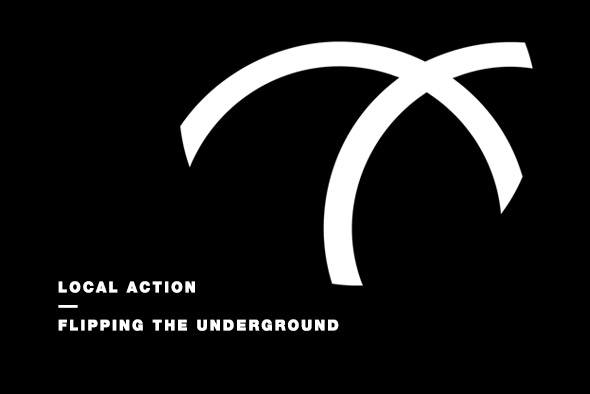 Local Action’s take on underground UK club music has never been more relevant than it is now. Scott Wilson talks to label boss Tom Lea about how his interest in pop, garage and grime has shaped the label into the entity it is today.

END_OF_DOCUMENT_TOKEN_TO_BE_REPLACED

Invisible City Editions: Friends of Mine 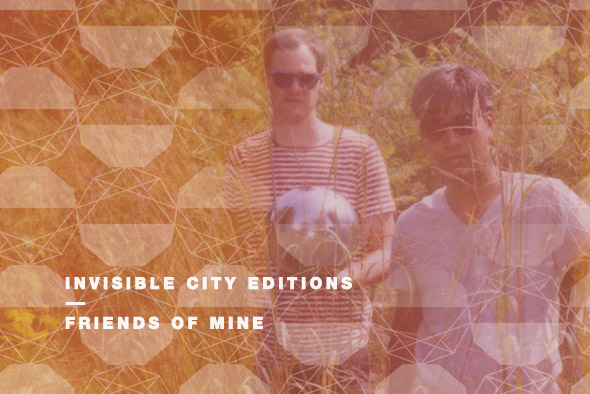 With their Invisible City Editions imprint, Brandon Hocura and Gary Abugan are redefining how we interact with the past. Brendan Arnott discusses the label’s formation with the pair, and what they have planned for the future.

END_OF_DOCUMENT_TOKEN_TO_BE_REPLACED 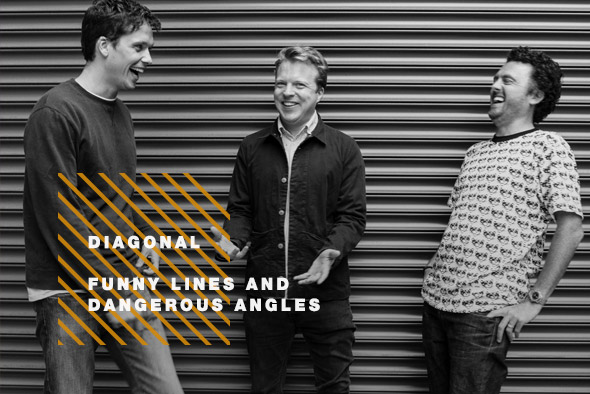 The Diagonal label has been injecting some humour into the typically serious world of techno and industrial electronics. Scott Wilson sits down with the minds behind it to talk about the club, sleeve design and glowsticks.