Denon’s new controller unlocks the Dual Layer functionality of the brand’s media players. Greg Scarth finds out why it might be a bit of a bargain. 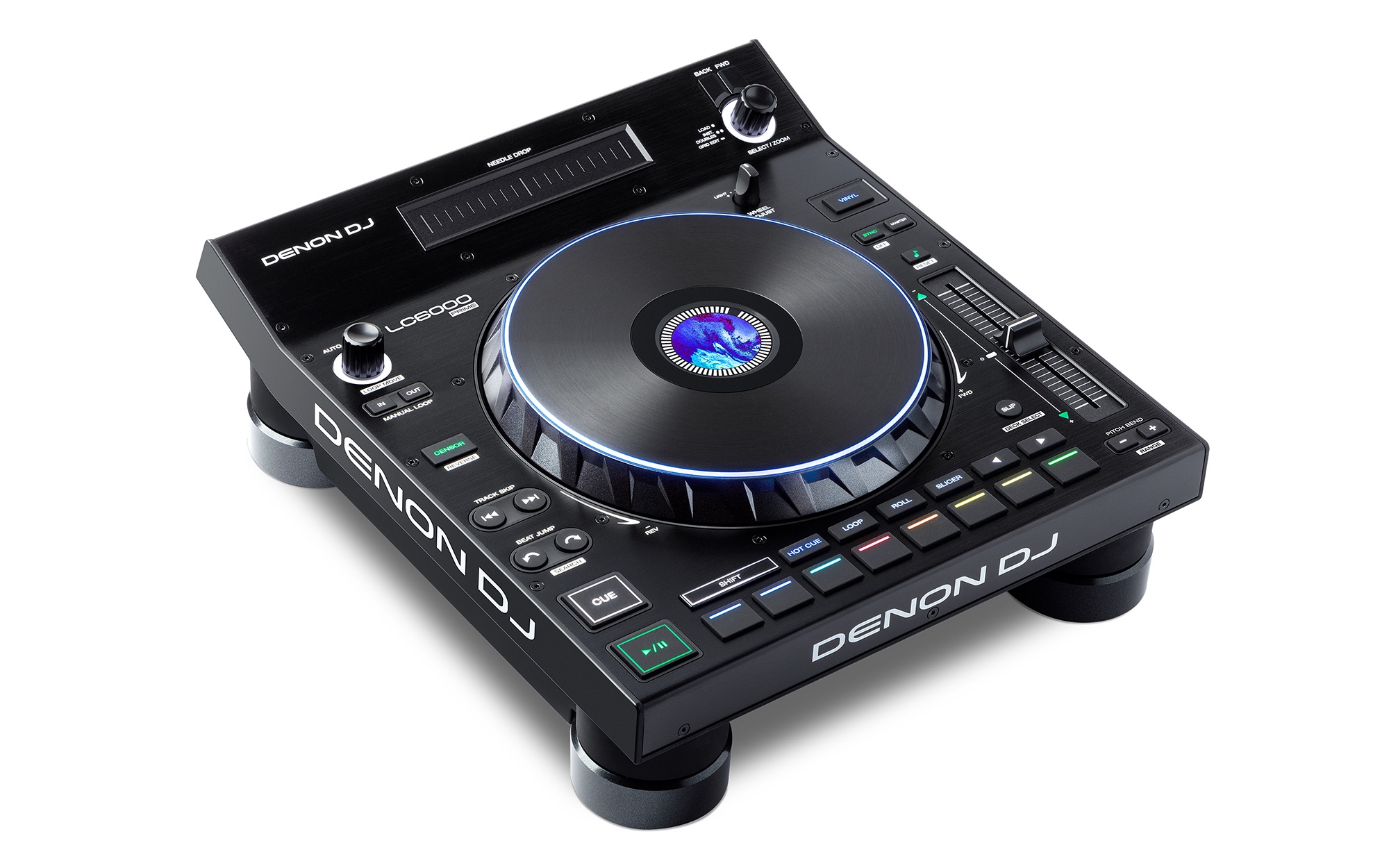 In recent years, Denon have gone to great lengths to establish their position as the most innovative brand in the DJ technology market. The company’s forward-thinking approach to media players has seen them directly take on Pioneer, whose CDJ players have been the industry standard for some time. Following in the footsteps of the flagship SC6000 Prime media player, Denon now deliver the LC6000, which is, to use the slightly clunky terminology favoured by most DJ software, an HID (human interface device). In other words, it’s a controller rather than a media player like the SC6000 from which it derives its appearance. Alongside the SC6000, the family resemblance is obvious, and to a large extent you can consider the LC to be an SC with the screen and most of the internal circuitry removed.

You probably won’t be surprised by the functionality of the LC6000, because it’s exactly as you’d expect just from looking at the unit: it’s essentially very close to the look, feel, workflow and build quality of the flagship SC6000. That’s no bad thing, with large 8-5-inch jog wheels, 100mm pitch faders, eight cue and performance pads, a needle drop strip up above the jog wheel, and an on-jog screen for artwork and track position. Connection comes via a USB socket round the back, with the unit drawing its power over the same connection (a separate DC power supply is also included in case your computer isn’t capable of supplying sufficient power over USB, of if you want to use a mobile DJ app such as Algoriddim Djay for iPhone or iPad).

The LC in the product name stands for Layer Controller and that’s a pretty strong hint as to how Denon mainly expect users to set the unit up. Yes, you can use the LC as a plug-and-play controller for software including Djay, Serato, and Virtual DJ, but we suspect that most users will be more interested in pairing the LC with one of Denon’s Prime players. One of the key features of the Prime players is Dual Layer functionality, meaning you effectively have the same playback features built into a single deck that you’d normally get from two single layer decks. The combination of one SC6000 and one LC6000 gives you full control over the SC6000’s two layers, with dedicated hardware control of both (as opposed to shifting focus back and forth between the A and B layers on the SC.

What might be surprising is just how many possibilities are opened up by the many different ways you can hook it up, as shown in the graphics we’ve embedded throughout this review, demonstrating Denon’s suggested setups. From a simple laptop setup with a single LC6000 for hands-on control, your options go up all the way to the premium option: two SC6000s plus two LC6000s, giving you a total of four layers/decks, all with their own dedicated hardware control.

Value has always been a key selling point for Denon, and the LC doesn’t break that rule. In fact, the level of functionality you get here is seriously impressive for the money. Arguably the best value combination of Denon players and controllers is now a pairing of SC6000 and LC6000, coming in at under £1,900 in total. OK, that’s still a lot of money, but it’s a genuinely professional setup two-deck setup that’s well under the price of a single CDJ-3000. The SC6000 and LC6000 combo gets you virtually the same functionality as a pair of CDJ-3000s, with a saving of nearly £2,500.

At £599, dare we say the LC6000 feels like a bit of a bargain. It’s certainly one of the most cost-effective ways to unlock additional power from your DJ setup. Whether you’re looking to expand an existing Denon Prime player setup or keen to add extra hands-on control to your chosen DJ software, the LC6000 offers huge value for money.