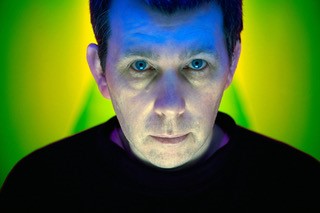 Chris Carter has shared a new track form his forthcoming reissues of Electronic Ambient Remixes One and Three (EAR ONE and EAR THRE), due for release on vinyl and on streaming platforms for the first time, and on CD on July 30.

The upcoming collection of albums includes reworkings by the electronic musician and former Throbbing Gristle member, both of the group’s music and Carter’s own solo work. Carter is known for his longtime collaborations with Cosey Fanni Tutti, and has formed additional duo and trio projects such as Chris & Cosey, Carter Tutti, and Carter Tutti Void.

The first album, Electronic Ambient Remixes One (EAR ONE), was released in 2000, and was the first in a series of four solo remix albums by Carter and his longtime partner and Throbbing Gristle bandmate Cosey Fanni Tutti. Consisting of reinterpretations of his 1980 album ‘The Space Between’, it retains Carter’s original ‘80s analogue sound, while still operating in a new space.

‘Electronic Ambient Remixes One & Three’ will be released on July 30.