Submerged spills the beans on his collab with Kool Keith and Scorn, ‘Distortion’ 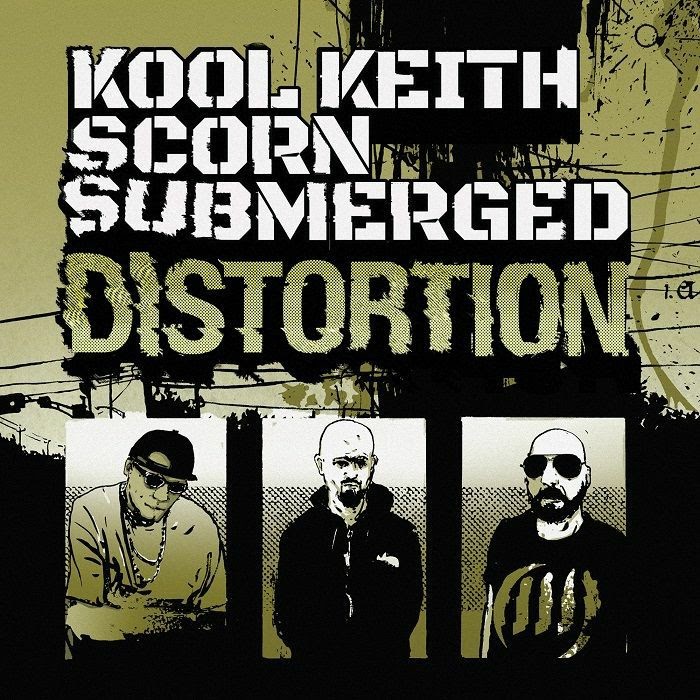 Distortion will be released on April 16 via Scorn’s home label Ohm Resistance, who describe the collaboration as a “really big, adventurous move”. It consists of 4 mixes of the same track, which was initially built around a rap verse Keith recorded and sent to the producers.

Scorn, the project now headed up solely by Mick Harris, was formed as an early-90s side project of the seminal English grindcore band Napalm Death.

Submerged aka Kurt Gluck – head honcho of Scorn’s label Ohm Resistance – is known for his many breakbeat and drum & bass productions, as well as his esoteric collaborations with Bill Laswell and Pharoah Sanders.

Now, providing exclusive comment for Juno, Submerged has gone into detail as to how the collaboration came about.

“We got info that Keith was looking for collabs outside of Hip hop/normal rap music, and I am the part owner of a studio in Brooklyn – Studio G – where Keith has recorded before. I’ve been a drum & bass DJ for over 20 years, and a bass player, so I contacted Keith through my studio partner and he set up a date.”

Keith is known for his strange lyrics and unique delivery. Aside from the new collaboration, his music has been heavily sampled across dance music over the past 30 years, with the acapella from his 1992 track Poppa Large showing up in various dance music hits such as Antonio’s UK garage classic ‘Hyperfunk’, The Prodigy’s ‘You’ll Be Under My Wheels’, and QBass’ ‘Funky Hardcore’. He also provided the vocal for The Fat of the Land track ‘Diesel Power’ by Prodigy and, most famously, saw the Essex rave gods borrow two lines from his Critical Beatdown album track with Ultramagnetic MCs ‘Give The Drummer Some’ to create ‘Smack My Bitch Up’.

“Mick (Scorn) set up a beat, I played a bassline, Keith rapped on it. Keith is nothing but positive creative energy. He has a ton of personas and is adaptable. He fed off our concepts, and understood what we were aiming for immediately. But then he made it Kool Keith. He’s just the type of guy where if you come to him professionally he responds in kind and kills it.”

“All four mixes are different on the single too. There are two completely different radio length versions on each side, and then a Scorn remix (longer), followed by a Submerged mix (more jungly).”

A longer, fifth mix of ‘Distortion’ will be released on Scorn’s upcoming album, ‘The Only Place’. ‘Distortion’ has been described as the album’s “warning shot”.